Women in Focus – Part One: Behind the Lens

Women In Focus is an exhibition of two halves: the first, which runs until November, is a collection of images by women, while the second, which opens in December, will be a collection of images of women. The decision to sequence the two halves in this way – prioritising women as active creators over women as passive subjects – is (I suspect) a deliberate move. It is also one made very much in the spirit of the fascinating early twentieth-century Kodak adverts on display: mocked-up postcards that promote the ability of increasingly liberated (if admittedly middle-class) women to record their own experiences on film.

Featuring many images donated by David Hurn (and thereby proving to be testimony to the immense value of the bequest), Part One: Women Behind The Lens pointedly recognises and commemorates the contribution of homegrown female pioneers such as Mary Dillwyn and her niece Thereza Dillwyn Llewelyn, while also celebrating the work of internationally renowned big hitters like Diane Arbus (who is represented by a group of portraits) and Eve Arnold. Arnold became the first woman to be granted membership of the exclusive Magnum agency in the 1950s, and her picture of close friend Marilyn Monroe rehearsing her lines in the desert, behind the scenes of the 1961 movie The Misfits, is a powerful reminder that the star was never truly off camera.

As Arnold’s image also underlines, the division of the exhibition into two supposedly distinct halves is inevitably rather artificial; in reality, and quite understandably, women behind the lens have found themselves naturally drawn to the depiction of women’s lives and experiences through it. This is made most obvious by the sequence of photos relating to motherhood and children – from Jill Hartley’s heavily pregnant self-portrait, through Diana Markosian’s picture celebrating the intimate bond between mother and child, to images that seem to symbolise the loss of childhood innocence (Chris Gregory’s snap of underage smokers, Clementine Schneidermann’s unsettling portraits of Valleys kids dressed up way beyond their years).

Arguably the two most remarkable pictures currently on display are those taken by Tish Murtha and Donna Ferrato. In Karen On Overturned Chair, Murtha – who, like Schneidermann, was once a student of Hurn’s at the School of Documentary Photography in Newport – depicts the forlorn figure of a young woman staring disconsolately at the ground against a backdrop of fire-damaged furniture and rubble. It’s hard to believe that this is not the aftermath of a German raid during the Blitz, dazed survivors surveying the devastation as the smoke clears; in fact, the picture was taken in Murtha’s native Newcastle in the 1980s, and the extensive damage was wreaked by the bomb of Thatcherism.

Meanwhile, Ferrato’s equally powerful image – from the series Living With The Enemy – shows an eight-year-old boy pointing an accusing finger at his father, who is being cuffed by police officers for committing domestic abuse. Like Karen On Overturned Chair, the picture is not neutral, and neither can the viewer’s reaction be. Kodak may have sold women the idea of capturing the world around them, but Murtha and Ferrato went further by seeking to use photography to actually change it.

Part One: Women Behind The Lens runs until 11th November at the National Museum Wales. Entry is free.

A one-stop feast of bold, inventive curatorship – THE RULES OF ART? | REVIEW 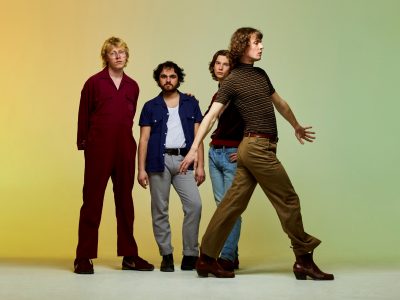 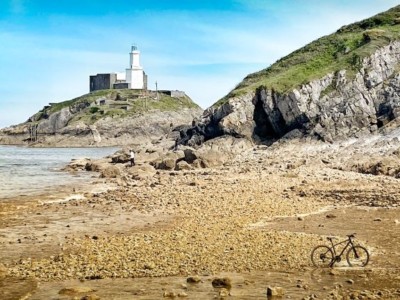 TO THE LIGHTHOUSE | BOOK REVIEW