This north Walian actor-turned-director (and producer, and writer…) is quite the cinematic polymath, it seems, but he’s an everyman, too. Dedicated to creating quality homegrown film that works as pure entertainment, Celyn Jones discusses his film ambitions with Buzz’s John Evans – including his upcoming Rebel Wilson-starring project, The Amond And The Seahorse.

Describing himself as “a chancer from Holyhead”, Celyn Jones was (and still is) ruled by his imagination. Harbouring a deep love and connection to storytelling from a young age, frequently visiting the video shops of the day (RIP Blockbuster), Jones not only possesses a wealth of experience as an actor – his credits also include directing, writing and producing. It’s safe to say he knows a thing or two about the film industry in Wales.

Conveniently playing a south Walian explorer in his first breakout role in Shackleton, Jones only went up from there. From theatre to BBC dramas, to co-owning his own film production company Mad As Birds Films, Jones has an impressive and strong resumé behind him.

“People used to come here [Wales] for dragons and castles but now it has become this broadening, fantastic powerhouse that is the Welsh film industry. Don’t get me wrong, castles and dragons are great but now we can actually build the castles and make the dragons and put them in a cinema near you!” he says. “It’s been amazing to witness and be a small part of the growth and see how brilliant Wales has adapted, encouraged and pivoted into the industry. Things have to happen somewhere, so why not make them at home?”

When it comes to creating, Jones knows the stories he wants to tell and how he wants to tell them. “With anything I do, I’ve always got an audience in mind. I want them to have a good time. If you just want to look at a beautiful piece that’s fine, but if you want something to engage with, enjoy the danger, excitement or twists of, then it’s there for you if you look for it.”

Jones takes inspiration from the Spielberg and Hitchcock oeuvre: “I always love films with meaning, but above all films that are happy to simply entertain and move you. There’s no shame in entertainment!”

Mad As Birds has produced the likes of Elijah Wood feature Set Fire To The Stars – the company’s debut – and BAFTA-nominated The Vanishing, starring Gerard Butler. “Set Fire To The Stars was a real turning point for me, personally and professionally: not only making something that I’d always wanted to make and playing the characters I’d always wanted to play, but the film gave us this identity and ambition for making something how you want to make it the way you want to make it. It has kind of been imprinted into our company’s DNA,” says Jones.

He and the Mad As Birds team have now produced five films, with various hush-hush upcoming projects. “Now we’re in pre-production for a one-off TV drama shooting in Wales, and we’re just setting up the next film that I’m going to direct. I can’t say much more about it… but I just love the fact we’ve brought Elijah Wood to Swansea, Judi Dench to Llanelli, Eddie Izzard to Llandudno and Rebel Wilson to Wrexham!” he says.

With the development of the industry and Wales being the busiest hub for film and television production right now, companies like Mad As Birds and the influx of other productions create new opportunities. “Not only do we [in Wales] have the ability to generate ideas, we have the ability to make and deliver them now,” Jones proclaims. “Young people can be looking at it as a viable industry with hundreds of great jobs within it. There is now a myriad of creative, exciting, radical and diverse jobs that one can find their way into.”

Celyn co-wrote, co-directed, produced and starred in his latest film The Almond And The Seahorse; it’s also the first dramatic role for his co-star Rebel Wilson. “It was originally a play at Sherman Cymru and after Mad As Birds was born, Kaite O’Reilly and I felt that the journey had not ended with it. We both wrote the film together, and even with all the challenges through COVID we did it – and we’ll be announcing the release date for the film soon,” he says.

“The acting is so good. It’s such a performance piece, it’s so moving and it has a real message about dealing with trauma beyond trauma – yet it’s really accessible and about love and saying goodbye to the past. It’s a story that needs to be seen and it’s also got four leading ladies in it. How fantastic is that?” 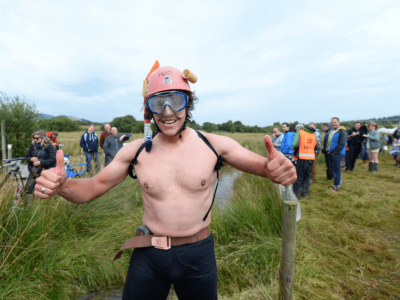 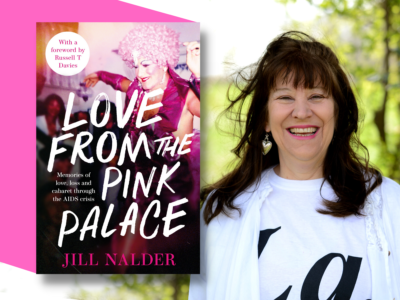 In LOVE FROM THE PINK PALACE, the real-life ‘Jill Baxter’ tells her IT’S A SIN story 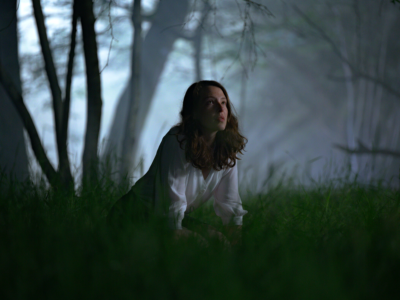