Alexis Taylor is the de facto frontman of Hot Chip. What do you reckon his fourth solo album sounds like? A bit like Hot Chip with a few more piano ballads chucked in? You, sir, are on the money. Taylor is on sturdier ground when he leaves behind the slower songs, which strive for vulnerability but end up a bit weedy. Instead the wonky funk of Suspicious Of Me and the jangly workout that is Beautiful Thing points to his – and producer Tim Goldsworthy’s – strengths. SE

Time was German electronic duo Booka Shade were kind of flag-bearers for minimal techno, laying claim to one of the biggest hits (Body Language) to emerge from the scene. That time was the mid-00s, and since then they’ve settled into the status of reliable workhorses, intermittently dropping sleek, lengthy albums like Cut The Strings for what I imagine to be a fairly fixed audience. A few hints towards 90s trance expansiveness, Night Surfing particularly, adds pep to the broadly midpaced chugging vibe. NG

Rich and warming in its style and collected influences, sometimes the fuzzy guitars of Burning Ferns escort you to 1960s/70s West Coast America, while equally beautiful vocal harmonies bring Field Music to mind. On this, their second album, the Newport outfit have really come forward with a sound that is simultaneously classic and current. From album opener Don’t Get On Them Horses you are instantly hooked and the rest of the long player is a joy. JE

Known primarily as one of the founding members of cult underground pioneers, Throbbing Gristle, Chris Carter is an electronic maven and all round influential powerhouse. This 25-song collection consists of musical snapshots utilising retrofuturistic drum machines and synthesised sounds combined with Carter’s processed vocals. There’s a playful and melodic element to a lot of the songs, with the odd track venturing into an almost languid dub or folk sound. This is the perfect collection for listeners with a short attention span. GM

Punk’s original headcases back again, this time punting for critical redemption. “In the early days, so much of the focus was on our craziness as people,” says Vanian. It is a solid little album, but a lacklustre mix and overcomplicated writing has let down what might be some decent numbers in a live set. Machine Gun Etiquette, a record from those “early days”, had no pretensions about itself and I use it instead of coffee in the morning. Never mind the critics. JM

Daphne & Celeste Save The World (Balatonic)

A chance online encounter between Daphne, Celeste and remixer/producer Max Tundra seven years ago has resulted in the comeback that nobody really asked for. It’s been a whole adult person ago since the sickly We Didn’t Say That!; D&C are cornering the insult-pop market once again, but this time backed up by Tundra’s skilled electronica. You & I Alone, a single from 2015, is still the highlight, but awful autotuning aside, BB, Alarms and Taking Notes are actually pretty neat. BG

It’s not Goat Girl’s fault that they’ve been hyped to heaven (not least due to their connections to the Windmill in Brixton and fellow south London scuzz-rockers Fat White Family and Shame); neither is it their fault that their debut inevitably fails to live up to that hype. Burn The Stake, Viper Fish and Country Sleaze have a certain grubby charm, and Cracker Drool’s sickly breeziness sticks in the head, but the LP generally feels undercooked, not helped by the irritating interludes that pad out the tracklisting. BW

Heather Trost and Jeremy Barnes’ continued explorations of traditional music inspired by travels through the Balkans. Go on an all instrumental whirling dervish of a dance as if riding horseback across the steppes, journeying through mountains, along ancient trade routes or at a gypsy wedding. With guests, they weave hypnotic and exotic, sometimes playful sounds like snake charmers. Even mariachi strains from the folk duo’s New Mexico blend with the Middle East using tools that include a cimbalom (shades of The Ipcress File). RLR

Discovering new music is one of the perks of the job here at Buzz. Spanish lo-fi indie you say? Don’t mind if I do! The best thing about I Don’t Run is that it sounds like they’ve just rattled these tunes off in one go; no real change in tone or instrumentation – just press record and go for it. Like what Pavement would have sounded like if they were women and decided to record an album in between Slanted and Crooked Rain. BG

Ex-Lift To Experience man Josh T. Pearson has returned from the wilderness and thrown off the shackles of darkness that made his debut album Last Of The Country Gentlemen an uneasy, but beautifully refined listening experience. The Straight Hits is the sound of a reinvigorated Pearson sounding like he is actually enjoying life a hell of a lot more then before. Straight At Me is pure pop and Dire Straights Of Love is as good as any Sun Records classic. DN

A compelling ode to a Welsh rainforest, this illustrious entry marks a refreshing new direction for both artists’ respective catalogues. Ornate orchestral backing and grandiose jazz/soul/folk arrangements make for an unmistakably impressive and unique listening experience. The evocative imagery is certainly well conveyed through the tangible melodies and rhythms but it’s not altogether replayable as a record. It’s more of a singular experience, perhaps best enjoyed live (touring Wales later this year!). CPI

Laura Veirs creates a beautifully submersive Americana vibe on this subtly hypnotic album. The melodies are inventive and the chord progressions take just enough interesting turns to punctuate the mellow vibe. Pretty much every song sounds like you’ve heard it before – maybe the result of Veirs’ constant reworking of her original ideas before committing to the perfect final version. If the opener sounds a little too close to a Lennon/McCartney composition, it’s a small bugbear amidst a sublime set of songs. JPD

Stansfield’s eighth album, co-written with her husband Ian Devaney, is 13 tracks of light, jazzy soul-pop with breathy vocals and lyrics about love, desire and dancing: an album for the dancefloor or for late-night lovers. There is the occasional more upbeat surprise, such as Billionaire and the slightly heavier Hercules and some nice piano crops up on Hole In My Heart but overall Deeper is somewhat one-note. LN

Kent four-piece Maker have been described as “a psychedelic bluesy punch, stirred with a fist full of soul,” but that doesn’t quite fit. If DEA is anything to go by, their style is predominately old school rock, with big baselines and organs. The foot-tapping title track Dead Ends & Avenues is reminiscent of The Babys (specifically around the four-minute mark), while the catchy John’s Pharmacy has electric violin and a country edge. A groovy debut album, though not quite heavy enough. LN

The problem with releasing an LP deliberately designed to recall former glories is that unfavourable comparisons are pretty much guaranteed. International Blue and Distant Colours recapture the heady stadium-rock bombast of Everything Must Go, while Broken Algorithms’ chugging riffage is as unexpected as it is welcome. But, as songs about a photographer and Hillsborough respectively, Vivian and Liverpool Revisited were never likely to top Kevin Carter and S.Y.M.M., and The Left Behind isn’t the only track that should’ve been left behind. BW

Leicester’s Ryan Lee West presses start on his fourth album as Rival Consoles. Sticking in character, Persona is an album rich in textures and mood. Analogue synths flicker and swoop, while fuzz and flutter underpins everything. The save point of the album is Be Kind, an electronic lullaby in the style of early Nathan Fake. Yet everything leads to the boss battle of Hidden, seven-plus minutes of epic techno in the spirit of Jon Hopkins and Daniel Avery. SE

My House Is Made Of Angel Hair (VE)

Any band that plays psychedelic spacerock is asking to be compared to Hawkwind, so I approached Sendelica’s new album with trepidation – and was pleasantly surprised. Yes, it’s psychedelic, yes it’s space-rock, yes it has ‘Wind-esque elements – including Nik Turner’s flute on This Is The Day – but it has more than enough originality to avoid the copycat tag. Special guest Molara Awen’s vocals are angelic, the synths are mesmerising and overall this is a smooth head-swaying trip. LN

It’s now over 20 years since Spin magazine called Newport “the new Seattle”. It’s also 20 years since Skindred formed in Newport after the disbanding of Dub War, and now they return with their seventh studio album, again infusing rock, rap and reggae and into 10 superb tracks. Future rock club favourite Machine is surely the standout, featuring Gary Stringer from Reef and Phil Campbell from Motörhead. Another solid outing from Benji and the boys. CA

Though Everyone Acts Crazy Nowadays comes close, there isn’t anything quite as highly contagious as Checking My Phone on the latest Unknown Mortal Orchestra album, but the idiosyncratic pleasures of Sex & Food are vital to our existence. From the Beatlesque vignette A God Called Hubris, UMO skip to the swirling psyche of Major League Chemicals, the savage riffage of American Guilt and Shuggie Otis funk on Ministry Of Alienation. More addictive than sugar is the Steely Dan meets 80s Prince vibe of Honeybee. CS

The Louder I Call, The Faster It Runs (Merge)

The Baltimorean two-piece traverse familiar ground on a sixth album that merges synth-soaked pop with hazy guitar-driven melodies. Relatively pleasant and innocuous enough, a lack of definition and a sense of fatigue underpins its glacially-paced 40-minute length, despite standouts Lifer and You Of All People proving moments of respite. Breathing life into a barren collection of songs, Jenn Wasner’s soulful voice salvages what could otherwise be termed a formulaic and slightly oppressive effort. CHP 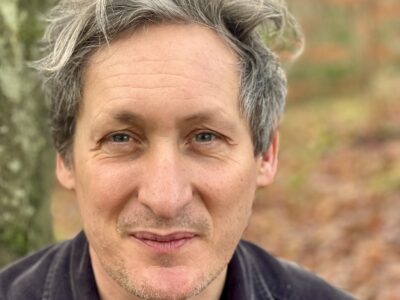