As its name suggests, Cardiff’s Festival Of Voice is a celebration of that most primitive and personal of instruments, so it’s entirely fitting that Cave showcases not one but two unique voices: those of Nick Cave, the creator of the songs, and of Camille O’Sullivan, who is performing them for us this evening. This is no mere tribute act or cheap karaoke, however – on the contrary, the Irish-French chanteuse is a seasoned and sensitive interpreter, approaching Cave’s compositions with reverence and passion but also a fresh perspective that ensures she makes them her own.

From the moment O’Sullivan kicks off with God Is In The House, it’s abundantly clear that tonight will be very special indeed. This might be relatively safe ground for her (she’s performed it before, including on Later… With Jools Holland), a way to settle the nerves. And yet it’s a quite extraordinary song, one that retains its power no matter how many times you hear it. As O’Sullivan has observed, “lyric is king with Cave”, and the words to God Is In The House bear that out: biting, sour, comic, utterly memorable.

A seasoned performer of the work of Jacques Brel and Edith Piaf whose favourite Cave album is 1998’s The Boatman’s Call, O’Sullivan is arguably at her most comfortable (and best) with her renditions of that LP’s hushed, sombre highlights: Are You The One That I’ve Been Waiting For?, the sad, cynical resignation of People Ain’t No Good, the jawdropping Into My Arms. But she also hurls herself wholeheartedly into the furious maelstrom of Jubilee Street and later There She Goes, My Beautiful World and The Mercy Seat, resembling no one quite so much as the artist currently playing elsewhere in the building as part of the same festival, Patti Smith.

If those more raucous songs don’t offend the delicate sensibilities of the wine-sipping 60-somethings in the audience, then Stagger Lee’s supremely sweary tale of a killing spree probably does. O’Sullivan later declares smilingly “I’m not doing that again” and “I don’t do drugs, but after that, I might start” – but hearing a woman narrate the priapic, violent adventures of the eponymous hero (as well as, for instance, articulating the thoughts of the condemned man in The Mercy Seat) underlines the fact that Cave himself so often adopts voices or creates characters through whom to speak.

This performative, dramatic aspect of Cave’s work is given vivid expression through choreography and lighting that contribute to what is a beautifully realised show. O’Sullivan seems to lose herself in performance: tossing aside her jacket and shoes; stirring or subduing her band with a raised, outstretched hand; rushing to tamper with the keyboard Mark E Smith-style during Red Right Hand – an act of trespass that, she jokes, may spell an end to her friendship with long-term collaborator Feargal Murray.

By the conclusion, though, she’s collaborating with her audience too, as we find ourselves cast in the role of impromptu choir murmuring along to her favourite Cave track, The Ship Song. This one’s “a big hug” after all that’s gone before, she says. Not that we’ve been in any danger of leaving upset, disappointed or in need of consolation. 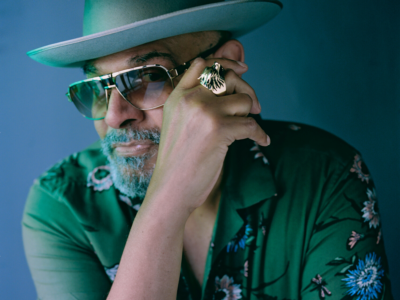