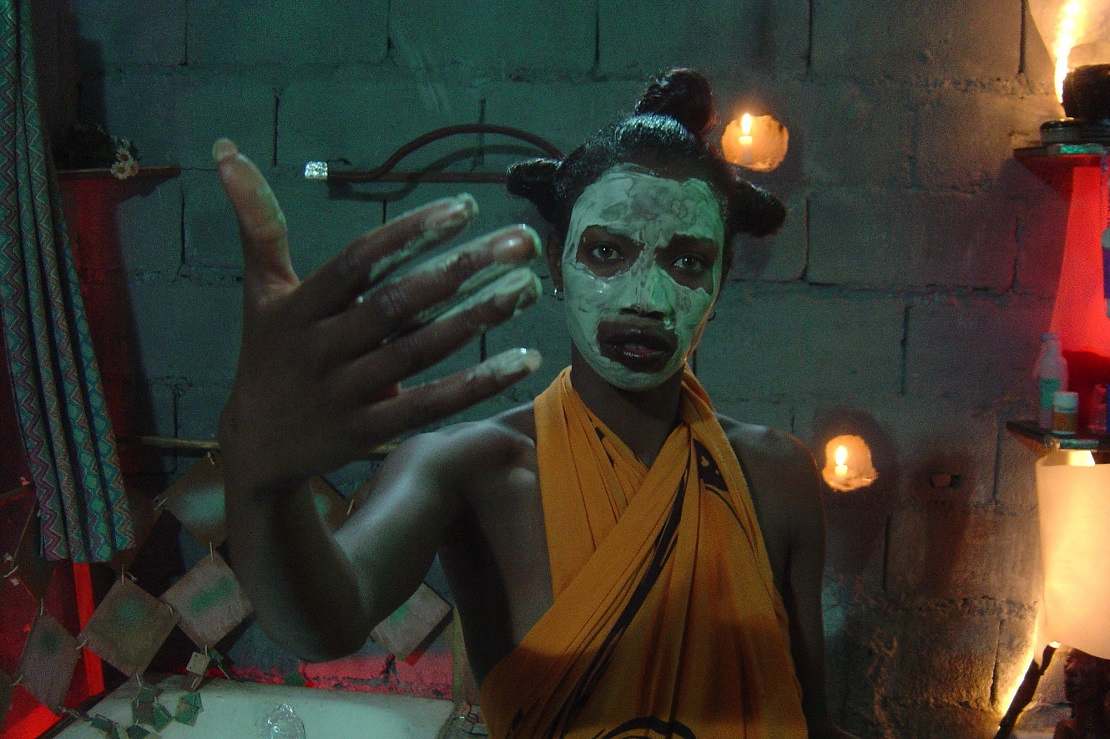 Set in an unnamed African state in the year 2025, Les Saignantes documents the plight of Majolie (Adèle Ado) and Chouchou (Dorylia Calmel), two stylish, streetwise friends who threaten to disrupt this tyrannical regime by becoming sexually involved with key figures of its political elite. Faced with the gruesome task of disposing of the body of an official who dies during a sex act – ironically the result of a beautifully-filmed sequence comprised of intimate, haptic shots of beautiful female bodies performing graceful aerobic acts, albeit in a rather spooky visual context – Majolie and Choucou’s journey is at once marked by macabre humour, mysticism and tender moments between the two friends.

With a captivating leading cast, remarkable cinematography and a genre-defying plot, Les Saignantes is many things, but monotonous is not one of them.

Available to watch as part of the Wales One World Film Festival until Sun 21 Mar. Info and streaming: here. All films being shown as part of WOW are free to watch following registration; there are 200 ‘passes’ available for each film, although a few are sold out in advance.