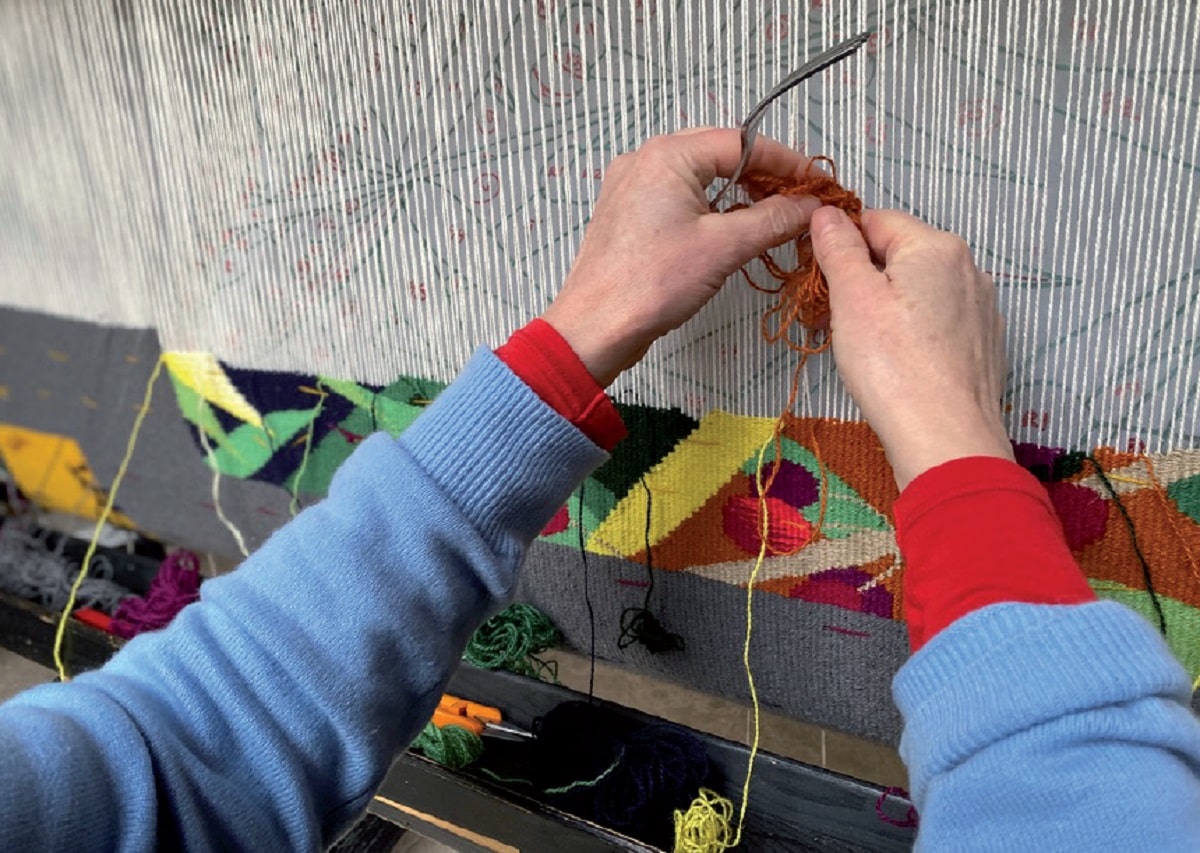 In the 1400s, tapestries were closely associated with one French, family-run manufacturer: the Gobelins. They were so successful, many of them became political and military movers and shakers, though they all but disappeared by the 17th century. Today, artists like Jennie Moncur are keeping this tradition alive – albeit not for the same vast riches. (Then again, I’ve not seen her sales figures so who knows!)

The British artist does what so many traditionally-skilled craftspeople like to, which is modernise and personalise the aesthetic of these old techniques to make them come alive once more. Moncur’s works aren’t entirely pictorial like the Gobelin’s were; rather, she’s drawn to bright, blocks of colour that intersect and overlap in surprising ways with merely a reference to the figurative, the labour-intensive artform’s past, which sought to replicate the look of classical paintings. When she’s not hard at work at the loom in her studio, she also serves as Creative Director for furniture brand, Vitsoe.