A hugely deserved victory for an incredibly talented musician and his simply stunning debut album. Meilyr Jones’ unique voice, and those luxurious lyrics carved out in the Eternal City, backed up on 2013 with a 30-strong orchestra were always going to be hard to beat at the sixth Welsh Music Prize last night. And so it told.

It couldn’t have been further from the cobbled streets and romance of Rome though… that cold and wintry walk from Cardiff Central Train Station down Dumballs Road industrial estate towards the venue for this year’s Welsh Music Prize; but step inside The Depot’s small doorway and immediately you’re hit by a festive coolness and a slice of that cosy cwtchy-hygge thing the Danish keep banging on about.

It’s a vibe that pretty much sums up the warmth of the Welsh music scene these days. Like a hot water bottle. Comforting, familiar and gentle. It’s a scene full of friendly folk, no shortage of good music and so much positive and interesting collaboration going on.

Huddled in the Depot, there’s plenty of beards on show, food trucks parked up and the craft ale is flowing as a gathering of some of the finest musicians in the country wait nervously to see whose work the judges have chosen as the best this year. However, despite a great crowd, and a lovely venue there was one thing definitely missing from the Welsh Music Prize this year: music.

Live music to be precise. Fear of upsetting the neighbours meant they had decided to “scale back the noise output” and so no bands were able to play live on the night. This was a real shame but the event organisers (Huw Stephens and John Rostron – two absolute heroes of the Welsh music industry) have promised to turn the volume back up to 11 again next year.

You sometimes wonder what would happen to the music scene in Wales if it weren’t for Rostron and Stephens plugging away.

So, to the award. This year’s lineup of nominees was once again a classy cast. All quality artists, diverse and eclectic; picking a winner was going to be harder than having to get up into the loft and untangle your Christmas lights after a few too many scoops of mulled wine.

It’s worth noting that the majority of the shortlisted bands were Welsh language acts. Nothing wrong with that – but what does it say about the state of English language music in Wales? That’s one I’ll leave you to think about. But hopefully, bands like Baby Queens, Pretty Vicious and Trampolene can release some big albums and push themselves into the frame next year.

There were two former Race Horses in the running, the mercurial Meilyr Jones and his old wingman Alan Gaffey, but this was far from a two horse race. The dark horse, Cate Le Bon and her ghostly neo-psychedelia: a darling of the Welsh music scene, 6music fixture and a favourite for many to pick up the prize.

The mellow ambience of Climbing Trees and their stunning Borders earned them a place on the shortlist. They joined Swnami as another band on the list to have come through the BBC Horizons scheme.

9bach had won Radio 2’s folk award in the past. Theirs is a sweet, harmless sound, not exactly music to make you want to tear your clothes off as gently fold them away neatly in the cupboard, whilst taking care not to knock your camomile tea over. The Anchoress is a multi-instrumentalist and one to watch for the future. Plu, too, are soft as a feather but hard not to love.

Right Hand Left Hand had their pumping post-rock recognised, as did Simon Love’s lovely It Seemed Like A Good Idea At The Time (special mention for his all white suit on the night!). Datblygu brought some much needed punk power to the list, their Powrw Trallod LP proving they can still make a decent noise and pack some political punch in the process, as can Newport metal boys Skindred. A shame neither could make any noise on the night as the whole event was in need of a bit of disruptive danger, a little edginess to shake it up.

The winner, then: marvellous Meilyr. His album, 2013, is easily the album of 2016. Channeling Bowie, Morrissey and Jarvis Cocker, snake-hipped and soft lipped, Jones the voice has been wowing crowds across Europe this year with a delightful and joyous album based on his Italian epiphany after time spent refreshing his mind and his music in Rome after Race Horses stopped racing. There’s a rumour that Jones will play in the Italian capital next summer – now that would be a treat.

Sadly, no other prizes were handed out. No breakthrough act. No lifetime achievement. No best single of the year or tribute to the music greats we’ve lost in 2016. The night needed someone to do an angry, punk Prince or Cohen cover, probably in Welsh, or to stand up and tell us how music can save us in these confusing Brexish trumping times.

Dear Santa, Huw and John, thank you for a superb night… but next year, please can you give me some live Welsh music to go with this fantastic evening? 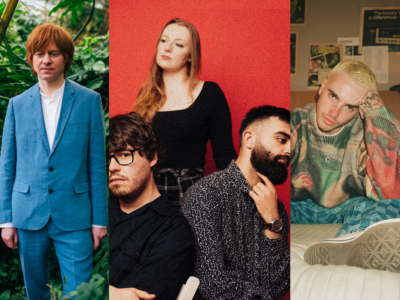 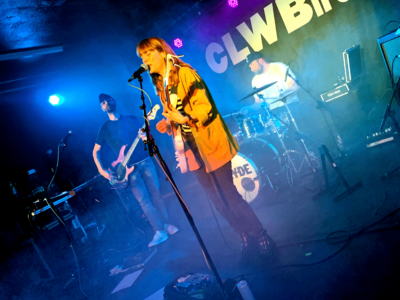