The first week of February brings a lot of TV and streaming firsts – from It’s Always Sunny In Philadelphia‘s record-breaking Season 15 finally arriving on Netflix to Drag Race UK taking on the entire world. Amid that, Lily James and Sebastian Stan become chaotic 90s power couple Pam & Tommy and Jack Reacher is back – sans a ‘too short’ Tom Cruise. Here’s what you should be watching on TV and streaming for the week of Mon 31 Jan to Sun 6 Feb.

Usually, the fifteenth season of a TV show isn’t anything especially noteworthy. Shows of this tenure are often reality series, soaps, hospital dramas or police procedurals and by this point, are so encased in formulae there’s little to be said about them. It’s Always Sunny In Philadelphia Season 15 is a rare exception to that rule, being that it’s a live-action sitcom. Because of that, this latest season – which hits UK Netflix this week – is a record-breaking one for American television. It’s Always Sunny is also a rarity in that it’s arguably managed to remain both consistently funny and move with the times as it’s gone on, even as many comedians bemoan wokeness and cancel culture ‘killing’ edgy joke-telling today. Case in point: This historic new season of It’s Always Sunny sees the dysfunctionally co-dependent proprietors of Paddy’s Pub make yet another unofficial Lethal Weapon sequel, carry a dead body up a mountain and, as always, make Dee’s life a living hell. (… She kind of deserves it.)

It’s Always Sunny In Philadelphia, Season 15 is available from Tues 1 Feb on Netflix.

Yes, another spinoff to the Drag Race empire is making its way onto television this February. Between the main American series, its existing spinoffs and every international iteration, that makes this the 457th straight week of relentless RuPaul programming. However, as it’s also the ‘International All Stars‘ we’ve all been hoping would happen, even the most fatigued fans may want to sit up and pay attention to BBC Three’s Drag Race UK vs. The World. With contestants from the UK, America, Canada, Holland and Thailand, this series has been slated as the Eurovision of drag – the only other televised competition show that can really compete with Drag Race on campness. Little is known about how the contest will be structured or what the stakes are, but the change of pace should provide a good opportunity to revive the franchise’s flagging energy.

Drag Race UK vs. The World begins airing at 9pm on Tues 1 Feb on BBC Three and is available for streaming on iPlayer thereafter.

Find out more about the series in our guide below.

Even if you think you know the full story of Pamela Anderson and Tommy Lee – the visual blueprint for glam girl-meets-rockstar BF It couples of today, like Megan Fox and Machine Gun Kelly and Kourtney Kardashian and Travis Barker – Pam & Tommy invites you to think again. The Baywatch star and Motley Crue drummer were at one point, in the mid to late 90s, one of the most talked-about pairings in the world, amplified by the leaking of their infamous honeymoon sex tape, which includes but isn’t limited to footage of Lee steering a boat, naked, with only the use of his nether regions. It’s hard to imagine fiction being more salacious than fact in this instance, but with castings like comedian Jason Mantzoukas as the voice of said boat-steering member in the Disney+ series, Pam & Tommy – which also stars Lily James and Sebastian Stan as the eponymous couple – might just pull it off. Worth noting, however, that Anderson had no input on this retelling of a likely traumatic period in her own life, though producers maintain their portrayal of her is “sympathetic.”

Pam & Tommy is avaliable to stream from Wens 2 Feb on STAR on Disney+.

Described as a ‘procedural crime comedy‘ by Netflix, Murderville is produced and features Bojack Horseman and Arrested Development‘s Will Arnett as homicide Detective Terry Seattle. Each episode adds a different celebrity guest star for him to partner up and solve a murder with, including Conan O’Brien, Ken Jeong, Kumail Nanjiani, Annie Murphy, Marshawn Lynch and… Sharon Stone? Okay! If that weren’t intriguing enough, there’s a further twist: the celebrity guest won’t be provided with a script, meaning they’ll have to improvise their way through the episode and figure out who the murderer is on their own. If this all rings a bell to British audiences, it’s because Murderville is based on the BBC Three series Murder in Successville, though the streamer further compares its version as more of a hybrid of Whose Line Is It Anyway? and Law & Order. It’s a premise that’s just zany enough to work – not to mention one that’s already been tried and tested anyway, and to award-winning results in the UK.

Murderville is avaliable to stream from Thurs 3 Feb on Netflix.

Lee Child’s Jack Reacher book series gets a new lease of life this month as an Amazon Prime TV series, simply titled Reacher. Prior to this, the American army vet turned odd job gun for hire was played by Tom Cruise on the big screen in 2012’s Jack Reacher and Edward Zwick in the 2016 sequel, Jack Reacher: Never Go Back. A big part – pun slightly intended – of the reason why Child wanted to start over in television with the series was Reacher’s size. Cruise, a famously short man for an action movie star, never really sat right with fans of the book, who felt an actor of 5’7″ just couldn’t capture the “unstoppable force“, in Child’s own words, of the 6’5” character. “Ultimately the readers were right,” Child said in 2018. “The size of Reacher is really, really important… So there won’t be any more movies with Tom Cruise.” Instead, the 6’2″ Alan Ritchson is stepping into Reacher’s canonically massive shoes for the Amazon and Skydance adaptation, and hopefully, fans will forgive the missing three inches and focus on what looks like a rollicking good time from the trailers.

Reacher is available to stream from Fri 4 Feb on Amazon Prime Video. 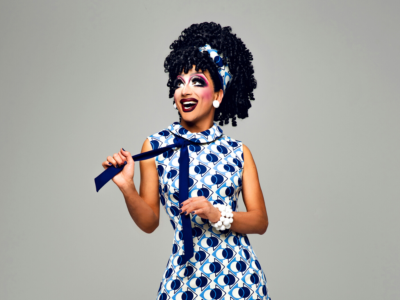