CHEWING THE FAT: TASTING NOTES FROM A GREEDY LIFE

First things first: if you’re a fan of Jay Rayner’s ability to flambé a substandard restaurant, it’s previous publication Wasted Calories And Ruined Nights you want. Chewing The Fat, a collection of Observer Food Monthly columns written over the course of a decade, is the literary equivalent of a succession of unpretentious small plates served up with no garnish (which he brands “the art of the superfluous”): tasty morsels that are easy to wolf down greedily in a single sitting, if not always quite sufficiently substantial to really sate the appetite.

Not that Rayner refrains entirely from expressing spicy opprobrium, railing variously against picnics, buffets, time-limited restaurant slots, what passes for sustenance on trains and at service stations, and gin. But to counterbalance the Scoville-scale rants are columns in which he celebrates some of the joys of food: messy culinary creation, solo and slow cooking, the way that the addition of a pork product will immediately improve any dish.

Other pieces are more confessional – admissions of guilty pleasures (burnt toast, Mr Whippy ice cream), of how a kitchen cupboard clear-out “forced me to acknowledge all my unrealised ambitions as a domestic cook”, of the hypocrisy of parents who police their children’s diets but then indulge themselves in secret, of his embarrassing inability to leave a dining table “without everyone being able to read, from the Jackson Pollock across my chest, exactly what I’ve just had for my tea”.

Tice Cin (And Other Stories)

In her debut novel, Tice Cin weaves an extraordinary plot from the everyday lives in a community of Turkish Cypriots. Keeping The House’s dialogue is presented in script form, and the first person and immediate point of view narrative really works with the bluntness of this approach. Cin is determined to present her characters as believable, genuine human beings who could be found on her native North London streets, and she pulls it off.

The dramatis personae at the beginning introduces the drug-running, protection-providing gangsters, hustlers and dealers as though they are about to star in a Guy Ritchie film. But aside from these nods to film scripts and stage plays, the people who populate the main artery of Tottenham High Road and its various branches are shown to be as vulnerable, real and misguided as any of us. The small life at the centre of all this is Damla, a young girl and then teenager whose commentary leads us through funerals filled with food and relatives that she doesn’t know; friends fumbling with older men; her father’s dependency and her mother’s strength.

Occasionally, the action feels more like a list than an experience – a downside to the matter-of-factness of it all. But Cin is capable of that gift that great storytellers have of bringing you into a world you may never inhabit, or even encounter, and make you feel that you are on first name terms with its whole population.

LIGHTS OUT IN LINCOLNWOOD

Set in a suburban town just outside New York City, Rodkey’s debut adult novel follows the Altman family – mother Jen, father Dan, daughter Chloe and son Max – as they are thrust headfirst into a terrifying new dystopia. In the span of one day, everything that uses any kind of electricity ceases to function.

With each chapter focusing on a different family member’s perspective, the reader is taken on a journey through this new America. Throughout, Rodkey’s extensive background in screenwriting serves him well: dialogue is sharply written and feels very realistic. Despite the changing points of view and the plethora of side characters, each character retains a distinctive voice that firmly establishes their place in the novel. Rodkey is also successful in pacing his action, with the stakes rising gradually throughout the novel.

Though I found the American setting outside of my own experiences to the point of making it slightly harder to relate to the events unfolding, this didn’t distract me too much from Lights Out In Lincolwood’s broad plot. Overall, a fun and compelling read.

A debut novel written entirely in the form of instant messages might sound like a hard sell, but adventurous readers will be well-rewarded by Several People Are Typing, a sharp, surreal satire of modern corporate culture. The book consists of Slack messages exchanged between employees at an unnamed PR company. What makes the messages of this particular organisation worth reading is that one of their employees, Gerald, finds that his consciousness has been uploaded onto Slack, stranding him on the platform while his body remains abandoned in his apartment.

Understandably, it takes Gerald a while to convince his colleagues that he hasn’t gone insane. Like another excellent debut novel released this year, Rebecca Watson’s Little Scratch, the unusual formatting can take some getting used to, but it never feels like a gimmick, always servicing the story, and it’s a testament to Calvin Kasulke’s talent for creating fully realised cast of characters, along with his knack for funny, naturalistic dialogue, that he manages to pull off this frankly bonkers premise with aplomb.

To call it a plausible novel would be a stretch, but it achieves the more satisfying goal of creating a fictional world that adheres to its own strange rules.

THE WELSH WAY: ESSAYS ON NEOLIBERALISM AND DEVOLUTION

The Welsh Way is a collection of short, heterodox essays that seeks to challenge the legacy of neoliberalism in Wales. Like in an episode of Scooby Doo, the gang – inthis case an interesting medley of academics, activists, journalists and writers – rip the mask off of the neoliberal monster to discover that it has actually been the complacent, weak-willed Welsh Labour Government that has been the issue all along. Or rather, that’s what they spend the collection trying to convince us the reader of, in a series of short essays that are loosely connected by a shared conclusion.

On the whole, the arguments presented are valid and mostly sound. Despite the rather intimidating subtitle, The Welsh Way is fairly accessible for those with a foundational understanding of UK politics, and covers a wide range of ideas, policies and prescriptions. That breadth becomes increasingly frustrating though as each author breezes through large concepts in just 10 pages, which is just not enough detail to substantiate any core claims in depth. As it stands, The Welsh Way is an interesting, albeit deliberately reductionist, attempt to inflame those curious or undecided about Welsh nationalism. 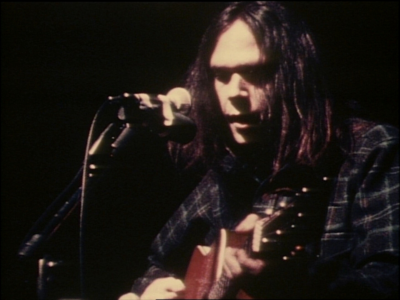