E-Dancer is an alias of Kevin Saunderson, who as an early 80s twentysomething in Detroit played a major role in the invention of techno and is still active today. Re:Generate is a tribute by way of remix (of tracks featured on 1998 E-Dancer album Heavenly) from Swedish label Drumcode, where functional big room bosh techno is pretty well guaranteed. Still, even if it’s a sound that often lacks Saunderson’s soul and subtlety, plenty of these 17 tracks hit the spot.

DJ Bone, DJ Minx and – arguably as important to techno’s evolution himself – Robert Hood all hail from the Detroit scene too, with an especially energetic Tygapaw and rRoxymore fresher American techno faces appearing. Otherwise, Drumcode boss Adam Beyer has assembled an expectedly European cast of remixers, with Paul Woolford chipping in as Special Request and Bart Skils a surprising highlight on Pump The Move. Saunderson himself even donates a newie, a moody builder with big drums titled The Rise.

After returning to recorded music with Encore in 2019, The Specials, no strangers to politics and a well-chosen cover version, have sprinted back to the studio to record interpretations of 12 of their favourite protest songs, by artists as diverse as the Staples Singers, Frank Zappa, Chip Taylor and Leonard Cohen. Unlike Too Much Too Young, this ain’t no dirty protest: there’s a clean sound to this dozen, with the core group of Terry, Horace and Lynval recording it straight in quick takes and different genres, with barely any ska tissue.

It doesn’t all work. I Live In A City is too nursery rhymey and My Next Door Neighbour wobbles at the knees like Shakin’ Stevens. However, Talking Heads’ Listening Wind, with its haunting nyabinghi drums and Hannah Hu on vocals, is excellent, while Steve Cradock raises the rabble on the Modfatherish Trouble Every Day and the gospel stomper meets Black Keys of Ain’t Gonna Let Nobody Turn Us Around.

Lynval fronts the affecting acoustic version of Marley’s Get Up, Stand Up and Black, Brown And White: “If you’re white, be alright; if you’re brown, stick around; if you’re black, get back…” What are The Specials rebelling against? Whaddya got?

Tirzah’s music is stark but satisfying, pop and soul stripped-down to its bare bones and then beautifully produced by Kwes, with involvement from friends Mica Levi and Coby Sey. If you’re looking for impressiveness in your music, this isn’t it: Tirzah’s voice isn’t the strongest, there’s no virtuosity, and the songwriting isn’t exactly exciting.

What we do get is trip-hop’s answer to The XX, with a few surprises; 30 seconds of distorted guitar appears out of nowhere towards the end of Send Me, the album’s first single and eighth track. It’s meant to be an album about motherhood, love and gratitude, but it would be hard to know this from the lyrics, as sparse and disjointed as the arrangements. The one thing that gives it away, though, is that despite what is in some ways quite an austere approach to music-making, there’s an undeniable emotional warmth and intimacy that wasn’t quite there in Tirzah’s output until now.

Unto Others’ debut for veteran metal label Roadrunner is their first album under this name, and second overall: following a 2019 debut as Idle Hands, a trademark lawsuit required this Portland four-piece to change their name. (Unclear who might have brought the case, but there really are a lot of businesses called Idle Hands out there.) Their music, though often happy to demonstrate its influences, is ultimately more distinctive on Strength, introducing classic goth to classic metal and running both through a 90s-into-00s alt filter.

A song like Summer Lightning, towards the end of this 12-track album, encapsulates near enough all of Unto Others’ tricks. Gabriel Franco has a solid, bombastic metal voice but as often settles for intoning sullenly; Brandon Hill’s roided-up postpunk bassline cuts through, but only until an arena-ready guitar hero solo enters the fray. Unto Others remind me somewhat of Finnish schlockers Grave Pleasures if they had a little more commercial potential, or possibly Type O Negative for Interpol fans.

The Quest (Inside Out Music)

This is the first Yes album in seven years, and the first since the death of founder member Chris Squire. The group, formed in 1968, say The Quest’s theme poses the great questions of life, and finds that we control our own destiny.

The current lineup – guitarist, vocalist and producer Steve Howe, drummer Alan White, keyboardist Geoff Downes, lead vocalist Jon Davison and bassist Billy Sherwood – seem to be on top form instrumentally and vocally, several songs supplemented by superb orchestral arrangements. The Ice Bridge is a sumptuous way to open, talking of climate change and its destruction, while Dare To Know has a gorgeous guitar intro and majestic horns: think The Moody Blues with a bit of Burt Bacharach, yet still sounding like Yes. Music To My Ears is a solid rock ballad and Leave Well Alone has a multitude of stuff going on, from Asian-infused rock to Simon & Garfunkel, shining percussion and cool jazz guitar. 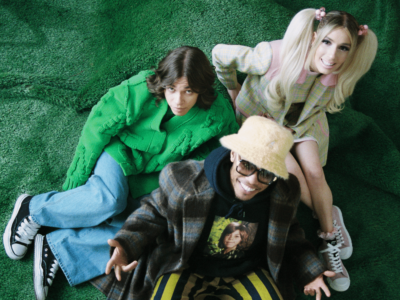