You are here: Home / Culture / Film / THE POWER | FILM REVIEW 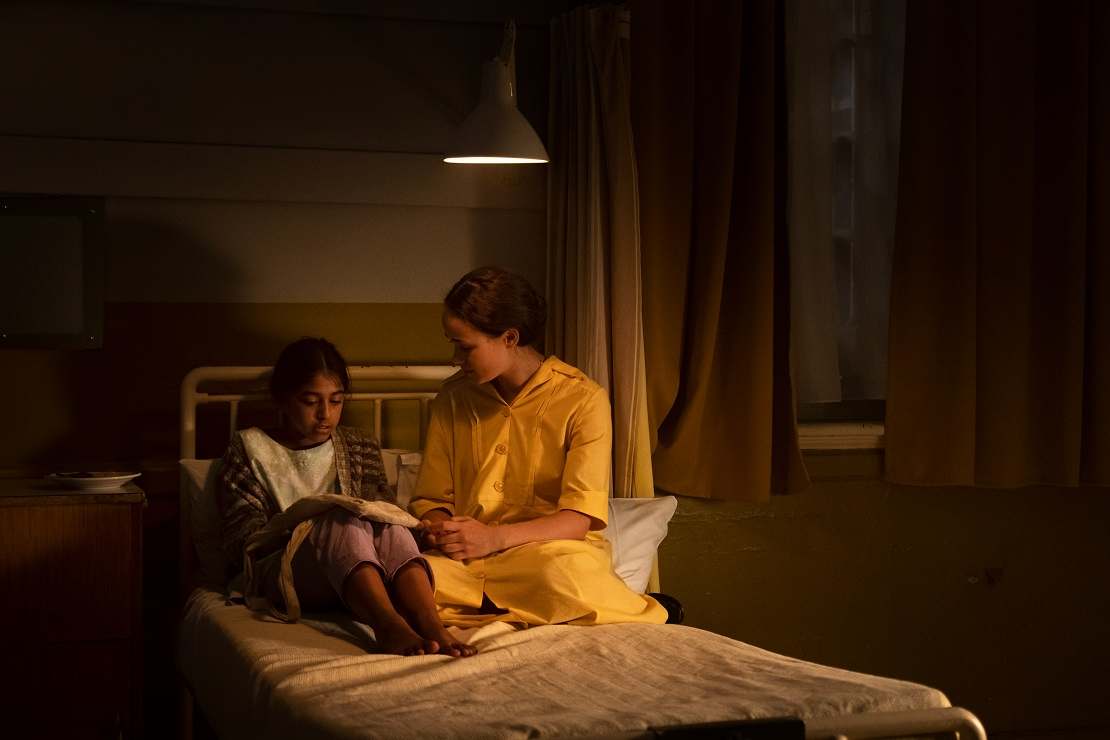 A film that will make you fear the dark, this is a superb British horror that chills and unsettles. Set during the blackouts of 1974, when the government battled the trade unions and striking miners turned off the power to the country, naïve nurse Val, an excellent Rose Williams, is starting her first shift at a hospital in East London. Keen to impress, she goes against the stern nurse protocol administered by Matron (Diveen Henry), offering help and advice to compassionate Doctor Franklin (Charlie Carrick) and earning herself a spot on the night shift.

Terrified of the dark, for reasons that gradually become apparent, Val spends the night moving between floors in the hospital, stalked by something in the darkness that has a will of its own and is out for revenge. Writer/director Faith builds atmosphere well, the not-quite-seen in the murk offering potential terror throughout. There are many walks down dark corridors, matches lit, and jump scares – some obvious, some not, as our central character gets possessed by the spirit that dwells there, using her as a vessel for some eyewateringly nasty possessions, guilt fluctuating for our heroine.

Williams is fantastic as the innocent pushed to the brink, trying to protect those who need her – including young girl Saba, played by Shakira Rahman. The resolution may be a little more formulaic, but the journey there is haunting, eerie and surprising, period detail and setting adding to the fear factor. The dank disinfectant of the hospital can almost be smelt as Val makes her way through dark wards, amidst an atmospheric soundscape. Faith’s intelligent script – with its political agenda – and her strong hand on building suspense is laudable, adding up to another excellent British female-helmed horror film, following on from the stigmata of Saint Maud. The Power does indeed have the power to cleverly scare.

Released via Shudder on Thurs 8 Apr