You are here: Home / Life / THE GREEN MILE MOVEMENT | FEATURE 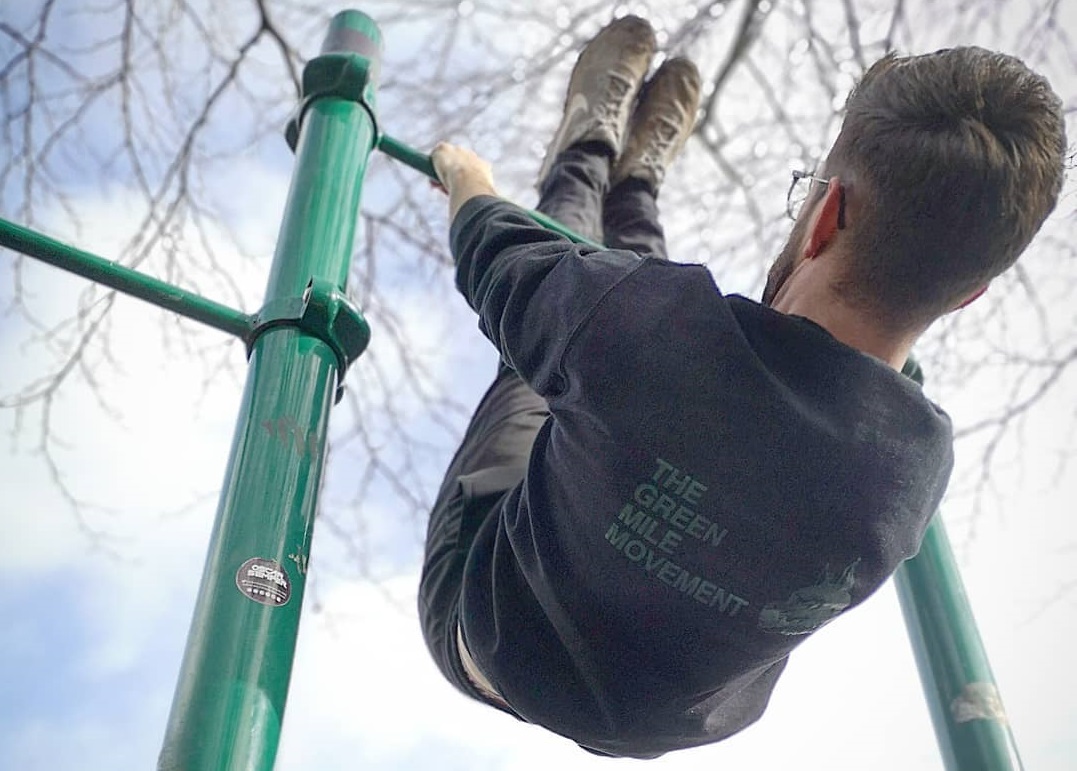 If you go down to the park today, you’re sure of a big surprise – though this ain’t no teddy bears’ picnic. This. Is. Sparta! Oliver Howells reports on this Cardiff men’s fitness group.

Suspended from bars and ropes, or pushing their faces into the mud with the kind of vigour one might expect from Fight Club’s Tyler Durden, this pack of well-behaved-but-sweaty men refer to themselves not as a gang, but a ‘brotherhood’, pleasantly chirpy about the pain they’re putting themselves through.

“I get to make new friends here and have people to work out with. It gives me something to look forward to during my week,” says Rob, a relative newcomer, recently earning his black sweater emblazoned with the organisation’s name and logo: a green wolf, serene-looking yet concealing hidden strength.

Mysteriously named The Green Mile Movement, one can’t help wonder what’s it’s all about, where it hails from and how exactly one gets to join. “I signed up a few years ago after meeting Chris in Roath Park. He was doing a handstand on the bars which really impressed me!” says Simba, a long-time member. “Being the charismatic lad that he is, he persuaded me to join.”

Catching up with its founder in a woodland in the hills surrounding Cardiff, I got the chance to find out more. Sat on a bench at Base Camp Gym – a log cabin, recently constructed but not yet complete – Chris Flynn, a 37-year-old ex-Commando, tells his no-holds-barred-story. “I was in a high profile, high risk role within my unit,” he says of his former life as a Forward Air Controller, whose job it was to call down air strikes on the enemy during the several tours he served in Afghanistan. “It was an incredibly difficult job, with a high chance of things going wrong and killing men on my own team.”

And eventually, things did go wrong. Surrounded by death, Flynn began to question life itself, including why he was in Afghanistan in the first place, killing strangers. He carried religious symbols in his breast pocket, he says: notably crosses given to him by his mother and grandmother. Eventually, he left, yet this led to an even deeper existential crisis. “I had been part of a brotherhood and knew my place. Now I felt adrift, directionless.” 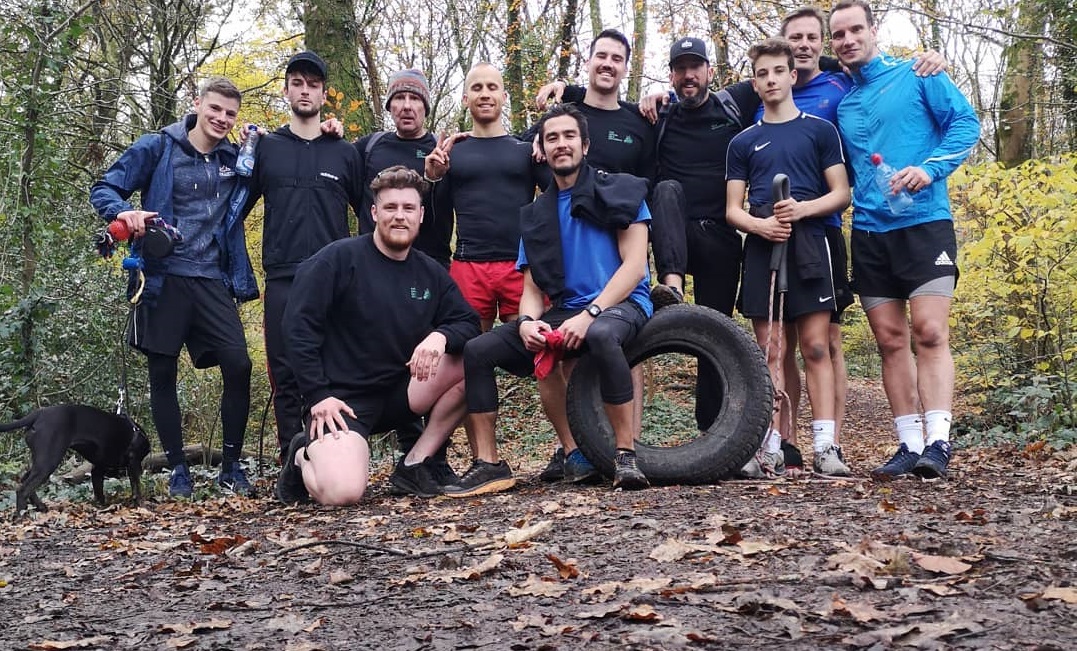 His relationship with his fiancé broke down too. Soon, however, with financial help from the military, Flynn studied, travelled the world, and ended up as a Health, Safety and Environmental consultant – but still felt restless. On moving back to the UK, he soon detected a negative change within society itself. “I noticed something very tangible in the people I met. They didn’t seem as confident or engaging, but distracted.”

Losing six friends to suicide, and having experienced mental health issues himself, he decided to try and make a difference. “I had this dream of this woodland here. I prayed for some direction too, on what I should do. An idea of setting up a multidiscipline-styled fitness group for men came to me. If you build it, they will come!” he says, referencing the spaced-out Jim Morrison-in-the-desert scene from Wayne’s World 2. And so it began.

Today, with the blessing of a local farmer who owns the woodland, The Green Mile Movement’s military-style assault course is also near completion, offering more than just a workout in the park. Its four zones present various challenges including 30-foot rope climbs, a cold-water plunge pool, pull-up and dip bars, a quarry rope climb and a crosscountry running circuit; it also plans to host Tough Mudder-like competitions.

In addition, there will be workshops on self-defence, living off the land, yoga, calisthenics and other disciplines all with the aim of bringing men together, not only to challenge themselves physically but to improve their mental health. It’s not about looking good in front of the mirror either, Chris asserts, but for ability: “embracing discomfort and practicing hardship,” believing that military methods are proven aids to improved resilience.

Saturday sessions will be free, as well, and Chris says his immediate goal is to get 100 men in TGMM sweatshirts by Christmas. In the words of Josh, another ardent long-time member: “Come get amongst it, lads! You’ll be challenged physically and mentally. Fortune favours the brave!”