You are here: Home / Reviews / THE GIRL ON THE TRAIN | STAGE REVIEW

THE GIRL ON THE TRAIN | STAGE REVIEW

THE GIRL ON THE TRAIN

Honestly, my expectations were quite low for the stage adaptation of Paula Hawkins’s bestselling thriller. Having devoured the novel, and then been disappointed by the film, I wasn’t sure how the theatre production would compare. My advice? Don’t let negative online reviews deter you from going to see this play.

If (by some miracle) you’ve not read the book nor seen the film, the plot revolves around Rachel Watson, played convincingly by Samantha Womack. Watson – an alcoholic, down-on-her-luck divorcee – observes the lives of the seemingly perfect couple, The Hipwells, from a train window on her daily commute. The Hipwells just so happen to be neighbours of Watson’s ex-husband, his new wife and their baby. Watson involves herself, rightly or wrongly, in the disappearance of Megan Hipwell (Kirsty Oswald) after learning of it from her ex, Tom (Adam Jackson Smith). Watson becomes an integral, albeit unreliable, witness and/or potential suspect as she is placed at the scene on the night of Megan’s disappearance.

The tension builds well throughout, and particularly so in the second half. If you haven’t read the novel, it may be difficult to empathise with Womack’s character as one should. The dialogue in the stage version is lacking some of the book’s complex detail relating to her abusive relationship with manipulative ex-husband Tom. It is merely hinted at within the play and, for me, this felt like a missing piece in an already jumbled jigsaw.

The cast deliver strong performances throughout, however. In addition to Womack (who is excellent), particular kudos should be given to the performances of Oliver Farnworth as Scott Hipwell, the husband of missing Megan – both suffering but not totally blameless. Kirsty Oswald offers up a haunting and vulnerable turn as Megan, and John Dougall injects some humour into his portrayal of Detective Gaskill.

The set pieces are simple yet effective for what is required of them, as Rachel moves from one scene to the next – the underpass, her flat, the Hipwells’ living room, the therapist’s office. She is piecing together her unreliable memory to determine what happened to Megan, all the while tackling her own demons. The eponymous train is factored in both clever and subtle ways, through the use of projection.

It’s the kind of tale that will keep you guessing right up until the end. If you already know the culprit, the performances will satisfy your expectations for the most part and adequately deliver the ending you’re waiting for. It’s certainly one way to escape the rain, so catch it before it pulls away from its stop in Cardiff.

The Girl on the Train is at New Theatre, Cardiff until Sat 16 Nov. More info here. 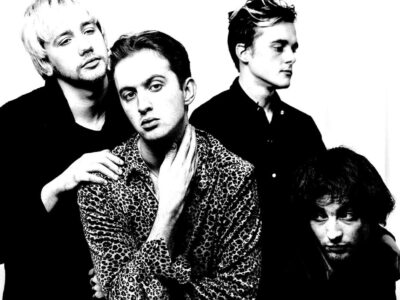