You are here: Home / Interviews / THE CAST OF CINDERELLA | PANTO INTERVIEW

THE CAST OF CINDERELLA | PANTO INTERVIEW 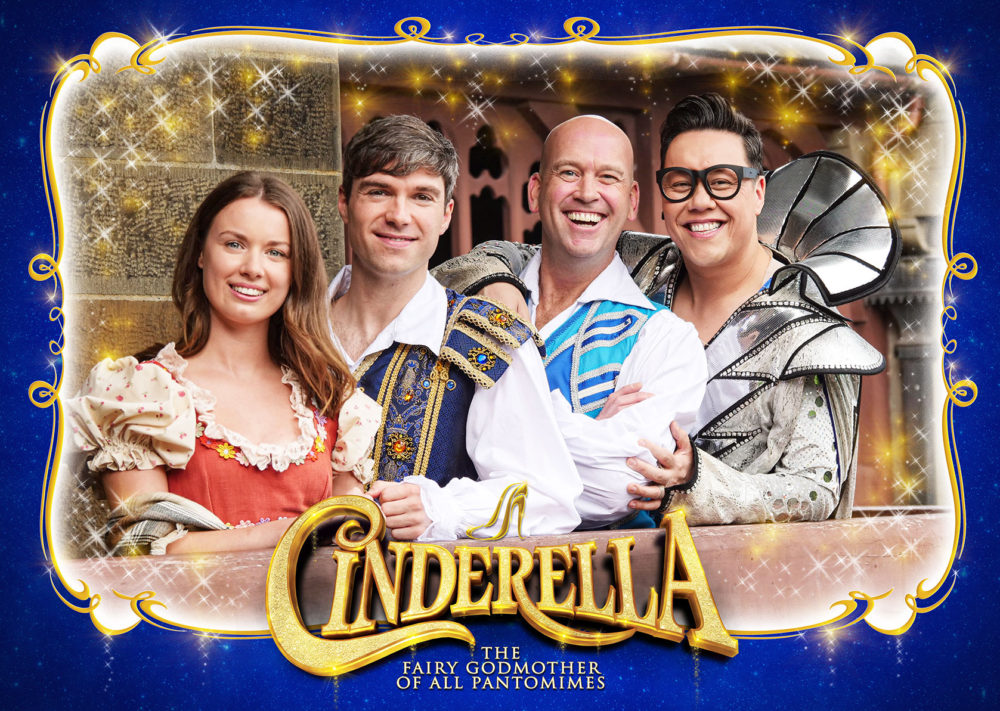 In the second of our interviews with the cast of Cinderella at New Theatre Cardiff, our editor spoke to panto newbie Teleri Hughes [Cinderella], Rob Wilshaw [Prince Charming] and Dale Evans [Dandini – not pictured] about defining panto, pre-show rituals, and working with Gok Wan.

How would you describe the concept of panto to someone who’s never experienced it before?

Dale Evans [Dandini]: I think panto is a good starter for someone who’s never been to the theatre. It’s somewhere between a musical and just a spectacle in front of you, like you’re in a cinema or something.

Rob Wilshaw [Prince Charming]: You’ll see someone you know off the telly!

Dale: Of course. You’ll see people you recognise, amazing costumes, dance routines, stuff that you’ll see on TV but live in front of your eyes.

Dale: Exactly! And there’s plenty of them in this one so… We’re looking forward to doing it.

Cinderella seems to be everyone’s favourite panto. What do you think it is about this particular fairytale that has such broad appeal?

Teleri Hughes [Cinderella]: I think it’s quite relatable. It’s the panto that has a lot of normality. Cinderella’s just a normal girl; she just is… unfortunate…

Teleri: She has been dealt the short straw, but she just works hard and gets on with it and is kind to everyone. And hopefully, the young boys and girls in the audience will feel like anything’s possible. I’m from a small town, and I’m now playing Cinderella in a panto. And I never thought that, when I was watching a panto, that would ever happen.

Dale: I think Cinderella is the most magical panto. I honestly think it is the pinnacle of panto. It’s just so magical, I love it.

It’s quite a hardcore run: two shows a day for six weeks, with only six days off. How have you prepared for that?

Dale: You’re non-stop even if you’re in a long-running show. It continues.

Teleri: I think the company we’re in – everyone’s positive and has a really good energy, onstage and offstage. It’s gonna be glorious!

What has it been like working with Gok Wan?

Dale: When I said I was gonna be doing panto in Cardiff with Gok, a few of my friends in London said, “He is the nicest, most caring person you will ever meet.” And I believe every word they said.

Rob: Literally, from day one, when we walked in, he introduced himself to everyone.

Teleri: He’s always asking if you need anything, and he’s just always there to provide positivity and morale. He’s great!

Do any of you have any pre-show rituals or superstitions?

Dale: I have to be at the theatre at least an hour before every show. I just need to be in the space and get myself ready. I can’t be one of these people who just rock up half an hour before and go on. I have to prepare for what I’m about to do.

Teleri: I think every show is different – each one has different requirements. I also like to brush my teeth, which is a bit weird.

Dale: Oh yeah, definitely before you go on stage. Especially if you two are gonna have a romantic kiss!

Cinderella is at the New Theatre, Cardiff from Sat 7 Dec to Sun 12 Jan. Tickets and info here.