[On]Stage was a one night creative showdown presenting two very different pieces by up-and-coming playwrights Natalie Stone and Anna Poole. Two plays, one premise: how our lives are affected by people who are outside them – off stage – albeit alive or dead.

The evening began at 7.30 with Hello Mrs Silverstone – a drama told through phone conversations that tread the line between the comic and tragic. In this one-act performance, written by Natalie Stone, the outsider is Mrs Silverstone whose constant telephone calls disrupt the Parker family’s life. Even though Mrs Silverstone is never seen, the audience gets to know about her life and it is through taking the time to converse with her that John Parker comes to terms with the failings in his own. John’s family, on the other hand, are not as patient and find Mrs Silverstone a continual source of annoyance and ridicule. The play is packed with undercurrents of petty jealousy, ambition, love, loss and unsaid goodbyes; and the audience is left wondering if the real outsider isn’t Mrs Silverstone at all, but a member of the Parker household. A very poignant piece of theatre.

9.15 brought the second of the two performances – A Sunday Roast by Anna Poole. Also a one-act play, it follows the character Adelaide as she tries to come to terms with the miscarriage of her first child and the uninspiring direction her life has taken since she left university. The off-stage presence, a friend from Adelaide’s past, becomes the demon that blots the perfect family picture. Again there were undercurrents: superficiality, boredom, dementia, madness, invisibility – there is Adelaide the married woman with lost dreams and ambitions who has dinner every Sunday with her in-laws, and Adelaide, the person who lives behind the daughter-in-law facade. The second Adelaide narrates her longings and regrets to an unseen therapist while her husband and his parents waver in the background figuratively and literally – the actors all remain on stage for the majority of the set giving it a dream-like quality.  Sunday Roast packs a punch and isn’t for the emotionally faint-hearted.

Both plays are well observed and sharply written snippets of everyday life, showing how the unseen and unspoken affect us, and how we all, to a certain extent, hide behind a mask. Stone and Poole have different writing styles which contrast and complement each other – Hello Mrs Silverstone is more conventional in its set up whereas A Sunday Roast is more abstract and contained an element of dance. The plays were directed by the writers and were faultlessly performed by the Empty pocket cast, including a particularly haunting Maeve Scullion as Adelaide.

There was a full house at the YMCA theatre and it’s a shame that, due to financial constraints, this was a one night only event. On Stage deserves to reach a wider audience – someone, please, give Empty Pocket Theatre some funding. 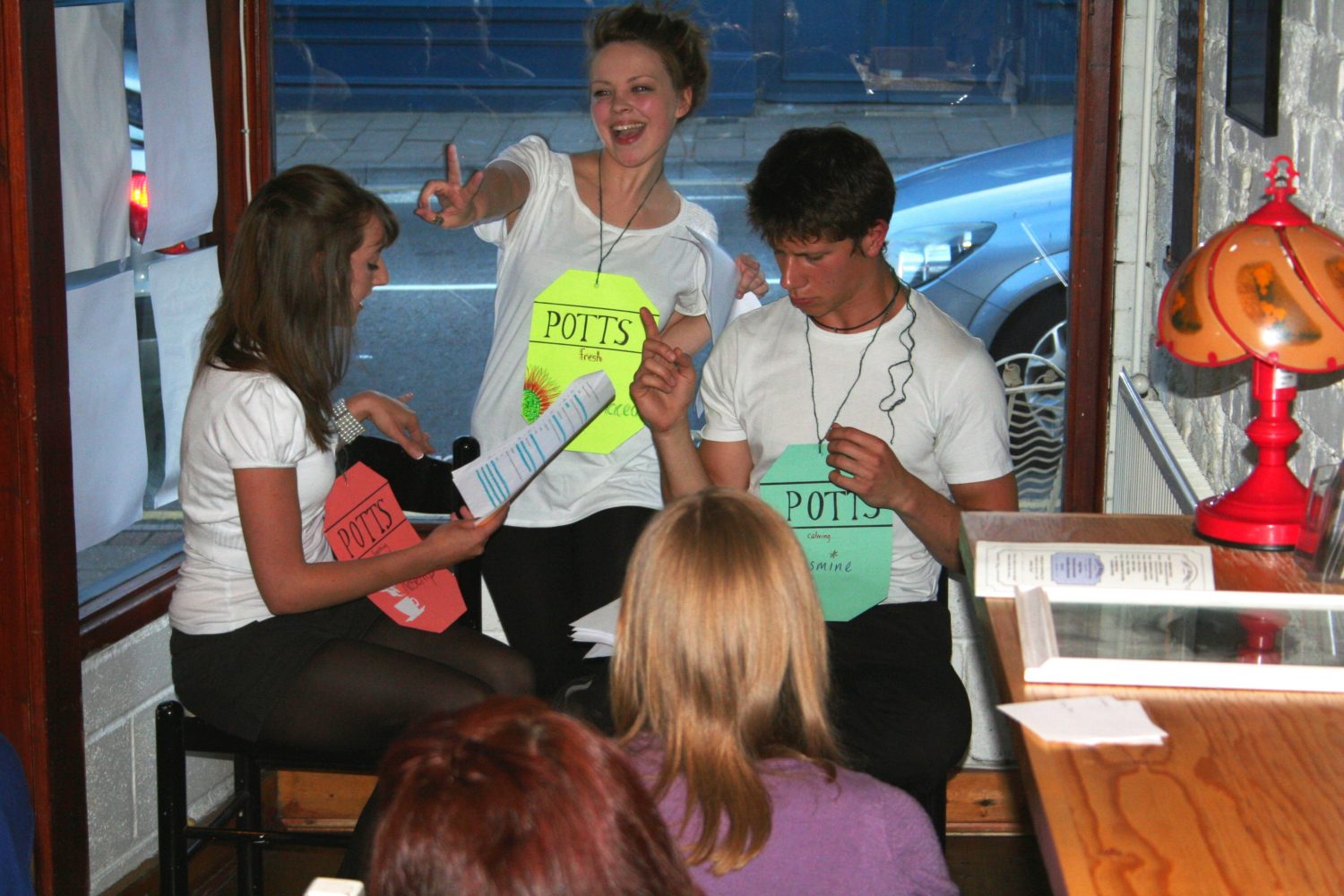