Micro-festivals and multi-band gigs are popping up in abundance in Wales lately, and rightly so. There is still a considerable lack of awareness of the sheer breadth of talent in the Welsh music industry, so why not cram as much of it into an evening as possible? Sherman Cymru hosted such a gathering, showcasing bands, DJ’s and enthusiasts to further the cause.

From great, vociferous clouds of dirty, shouty grunge comes Jemma Roper and her band. Evermore quirky, spaced out and intent on defacing the conventions of rock and pop, they filled the octagonal space (theatre 2) with uncomfortable yet intriguing sounds and bizarre projections of prying eyes, dancing cartoon skeletons, dark gloomy clouds and spasmodic heartbeat monitors.

The smoke left by Roper and her crew ushered us all into the foyer to watch The Manatees. Unfortunately, it didn’t matter where you were standing: the sound was awful from all angles. Perhaps the severe edges, curves and pillars of the Sherman’s refurbished interior proved a little unforgiving acoustically, or maybe the sound wasn’t configured appropriately. What a shame that the three-part harmonies from the band sounded as if they were being sung through a carpet.

Their recurring verses and blues-structured songs were an otherwise welcome feature, providing a more homely contrast to the previous group.

A novel way to form a band is… don’t. If you’re capable of sounding like a five-piece even though you’re actually only a duo, then why bother with the extra musicians? The looping athletics of Right Hand Left Hand are an inspiring lesson in technology, creativity and stamina, using only drums, guitar and an assortment of gadgetry, they make one hell of a good noise. Seeing them perform live is an equally satisfying phenomenon; relish in the gradual build-up of layers and structural shifts in the music and witness their uncanny ability to make it all sound completely natural.

R. Seiliog were heading in a different direction. Taking direction from frontman Robin Edwards, the group gave us free-form rock centred around a steady backbeat with hypnotic layers of wavering synth and drone guitars. As easily dream-inducing as it was boogie-worthy. Back in the foyer, another fell victim to swimming pool-esque acoustics but made the most of it: Tender Prey, the solo effort (in this instance) of Laura Bryon. She had the crowd stomping along to one of her songs and, though I’d wager many found her too coarse on the ears, there’s a certain appeal to her untamed delivery.

The last of the bands was the dangerously potent and rather loud Fist Of The First Man. The unrelenting impact they deliver musically is nothing short of astounding: heavy chugging bass, frenzied guitars and a monumental lightshow positively stands your hair on end. Though not completely flawless, with some timing issues in places, they powered through with an assured showmanship.

The evening would have been a markedly drier experience were it not for the efforts of the DJs: Ashli Todd of Spillers Records, Adam Corner and The Joy Collective. This event was really one of a kind and there was much more to it than I have described (including a big game of pong on the foyer wall!).  Certainly a little different and an entirely immersive and entertaining exhibition of the finest in Welsh independent music. Let’s hope for another. 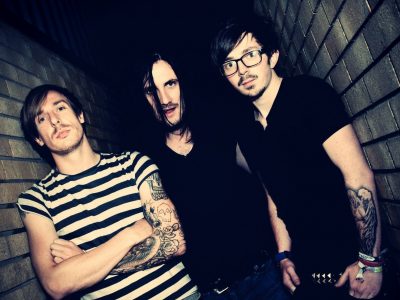 RECENT WELSH MUSIC YOU MAY HAVE MISSED | FEATURE 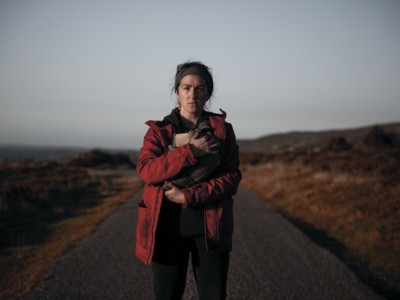 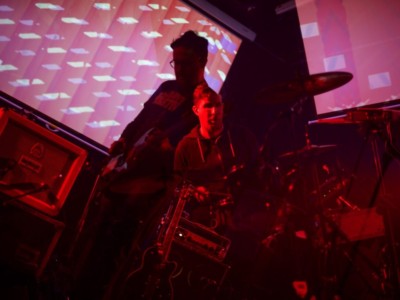