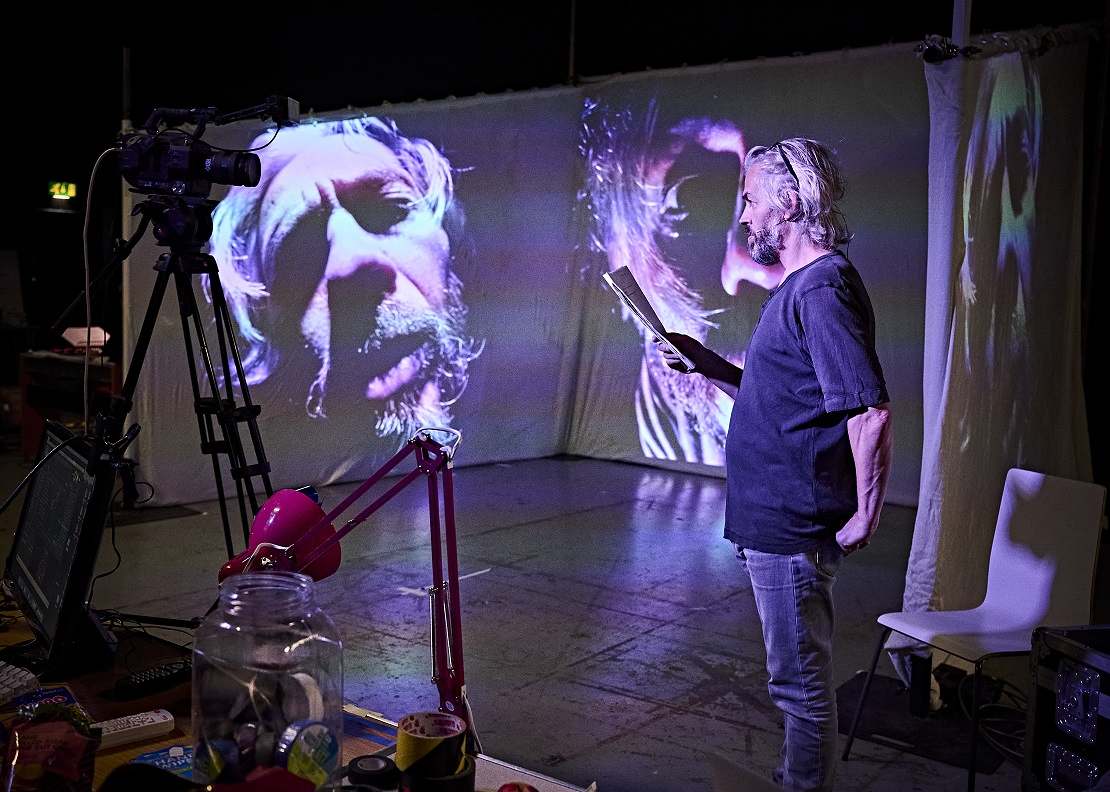 Possible, the latest production from Wales’ eminent theatre company, has been some two years in the making, and not so much set back by the pandemic as changed entirely. Shortly to stream live from Newport’s Riverfront, Billie Ingram Sofokleous speaks to its creator and sole performer Shôn Dale-Jones about its strange gestation.

I was completely sold on Possible by its tagline: “A story with scones after midnight, estate agents, Gandhi-inspired motivational texts, mothers, fathers, families, and Grandmaster Flash.” What can you tell me?

Yeah, well, let’s talk about scones. It’s also really nice when you’re writing and you come across these ideas – things that say quite a lot in a weird sort of way. There’s a line in the play, something like “My relationship with my mother got deeper and deeper the more I got into scones”… I’m glad you laughed at that! I was unsure how it was gonna go down. It kinda makes me smile. It’s a weird game, comedy, because if you don’t laugh then you can’t expect the audience to laugh.

So when Possible was commissioned, how would you have described it originally?

Originally, it may have sounded pretty vague, but that is kind of how these commissions go – they begin with a very faint idea of something. Luckily, the way [National Theatre Wales] is set up, they allow for ‘seed commissions’ – so it really is like a garden centre, you know you want something green in your house but you’re not sure what yet.

It started like, “what is the relationship between love and the imagination?” and this childhood link to the beginning of ideas and the imagination forming. How is that affected by the world around us? There was something very specific about it. I grew up on Anglesey and often returned, in my creative writing, to that time and place; I suppose I started to worry that the only reason I go back to Anglesey is to see my mum. I then thought, oh my god, if she weren’t there anymore – and obviously there’s a high possibility that could happen! – and then thought, shit, does that mean the whole island disappears? And does that mean my childhood disappears? And would that mean I won’t be able to imagine anymore?

But they are all worries we have, right? I was making these connections, and that was what I was playing around with, until COVID happened.

With your mum being the starting point for this performance, does she get to see it first?

I have been talking to her about it. I always talk to her about what I’m making. But because of the content of this piece, it’s important she understands that when I talk as myself, in the first person, I’m also playing this card.

With this story, especially, there’s a personal truth to it but I’m also trying to mop up a lot of other people’s stories in spite of my own. Their relationship to their parents came into focus, or at least the media made it look that way. The conversation around my mother – she’s happily living on her own, but there was this whole conversation whether that was still a good idea. It’s quite demanding, living on your own in your eighties. Care homes became a very big conversation, didn’t it? It became politicised, and kinda did the usual weird thing about the human heart, and the big politics get messed up. I wanted that to be in the show – in a very light way. [My mum and I] had to talk about that, to work through it as my character in my show.

Has lockdown helped you understand your identity as a creator?

I guess the show is about that – making discoveries about yourself, the world and the people around you. In lockdown, you fall into your own mind more than you might have done otherwise. You find things in there that suddenly come to the foreground, and go – “OK, I kind of knew that was there. Now I guess I have to pay more attention to it.”

That’s an element of the show. I talk about discovering meditation, which was a part of lockdown for quite a lot of people; growing your hair, your beard, wearing your pyjamas all day. Having naked feet. Getting into that. Realising that was something then.

Did it ever have another name, the project?

At any moment in time, did you ever sing Elton John?

No, because of the second title!

Oh right! Yeah, that must have been there. I’d made a video with a group of friends quite a while ago – me walking towards the sea in a suit and the waves are a bit too big. It was in Australia, and they’re so big that when I walk into them, they slam me back down. So I just have to stand up and try again.  That was how the I’m Still Standing idea thing happened, and I put it on a loop. Then COVID happened and we’ve got to have hope. And that video looked like a good idea because it held a determined defiance, no matter what the world throws at you. Wearing a suit kinda neutralises it.

What was the concept behind the promo video? It looks like a Monty Python skit. Was that the aim?

A lady called Bear is making the videos, so she just goes off and does her stuff. We’ll have a conversation and she’ll make something. In the beginning, when we started making stuff, it was really interesting to see what we’ll come up with. I realised she’ll just come up with things and that’s when she’s at her best. I mean I did make some of the films in the show but then she played around with them. She’s great! She’s just on the cusp of finishing her course. She is original and endlessly creative.

Do you have any on-stage rituals?

Not anymore. I think my ritual is to have one. Now I just make sure to not have any rituals: to not be completely okay with anything. Not having any mechanisms that should have any control. It’s just to be as open and relaxed as possible.

Now I’m just trying to figure how to be chilled about acting in front of a camera. It’s not normal – as in, I’ve done very little filmwork, and most of it has been homemade. But this is delivered to the camera down the barrel of the lens. It’s quite complicated, the choreography of the show, and I have to stand in certain places – that’s just how just how we made it. It is quite demanding on a technical level. I’ve gotten quite used to sitting or standing with an audience, and I enjoy that, but with this, I keep thinking – I wonder how this is going to be.

Yeah, and I’ve got two left feet! I know my lines but I’m standing in the wrong place.

Does the energy feel different without an audience?

No, I don’t think it does. Because of the way we made the show, there’s a lot of sound and music that my friend John [Biddle] has made, and he’s done a great job. It feels like I’m really well supported by him as a performer. In a way, we become each other’s audience – I think we can both get into that zone where we’re in this together.

What was the most surprising thing you had learnt along the process of making Possible?

I was surprised by how much I enjoyed collaborating with everyone – I had spent so much time working alone, making solo work. Over the years, I’ve been in busy rooms and played all sorts of roles: directing or writing, performing. Then I went through this period of making work all on my own, and kinda fell in love with it because I had to make all those important decisions for myself. I had to think about what I really thought about things and what I really want to say. But I actually surprised myself and found [Possible] enjoyable, exciting, and stimulating.

What projects would you like to work on next?

Because I’ve been writing almost continuously, for quite a long time – my own material. It’s a continual evolution, I think. One thing always kind of leads to another. I’ve got into a phase of leaning on real-life experiences – my own life – then listening to what else is going on with other people and trying to take on the bigger picture. The political scene, those ideologies, the climate crisis, people’s poverty, children living on the street… and then trying to combine those ideas together.

I still believe in that. I made a show a couple of years ago called Me And Robin Hood to raise funds for Street Child United, and I am now officially their writer in residence. So I have a mission that I want to work on, because of the way COVID has affected us – with that disparity, that inequality, greater again. Is there a way to talk about a world that imagines that level of poverty can actually disappear? Children don’t need to be living in that way, and they are. 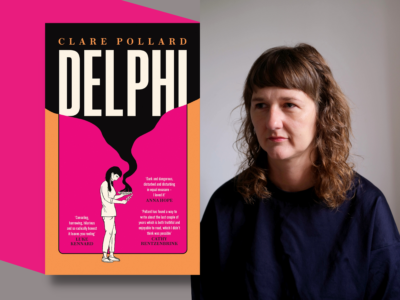 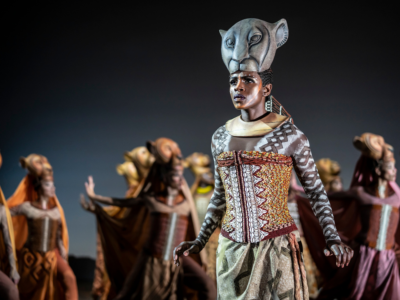