You are here: Home / Reviews / LOVE STEALS US FROM LONELINESS | STAGE REVIEW

Chippy Lane Productions’ stated mission is “to promote Welsh writing and Welsh talent to audiences beyond Wales”; it’s not clear how performing in Cardiff’s Chapter Arts Centre  hits that specific target, but their excellent production of Gary Owen’s 2010 play Love Steals Us From Loneliness, suggests they may have significant success if they can set the satnav to ‘abroad’.

Owen developed his play in 2010 for the National Theatre of Wales in conjunction with the local communities of his hometown, Bridgend, and it crackles with vivid three-dimensional characters speaking real-world dialogue as a result. Principally it is a meditation on death and its ramifications; particularly the unexpected death of people who seem too young to die, echoing contemporary issues in Bridgend at that time. We initially meet Scott and Catrin (Rhys Warrington and Evelyn Campbell) taking an unexpected breather outside a nightclub, in a graveyard across the road. The first act focuses exclusively on their young lives, expectations, and emotional confusion. In turn rude, funny and drunk, they eloquently describe the tight off-stage community around them. The second act brings back their older selves to reflect on the aftermath of their drunken conversation and mixes their responses with those of other affected friends, family and associates. Here, the production acquires a powerful emotional edge, with an especially strong performance from Emma-Jane Goodwin as Mags. Warrington and Campbell effectively demonstrate the changes imposed on their characters by events beyond their control, and Rebecca Hammond (founder of Chippy Lane Productions) rises above the melee as a chorus-like voice of reason. At the same time as dealing so frankly with this emotional content, this is also undoubtedly a funny play, full of bags of proper swearing. The cast deliver the sharp dialogue expertly throughout, and a very droll karaoke performance from Andrew David (Mickey) steals the close of the show.

Gary Owen’s star has continued to rise since developing Love Steals Us From Loneliness, with Iphigenia in Splott winning the James Tait Black prize for Drama, and Violence and Son a critical Hit at the Royal Court Theatre. With a bit of luck Chippy Lane Productions will prosper too, if they can continue to stage sharp, clear, well-cast productions like this. 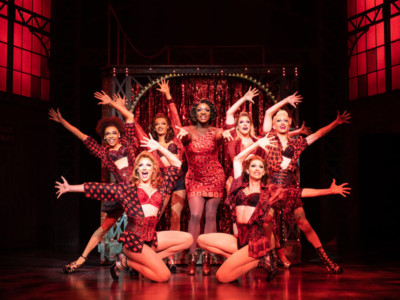 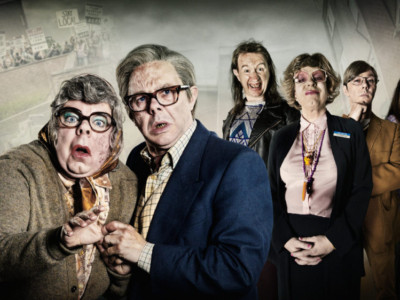