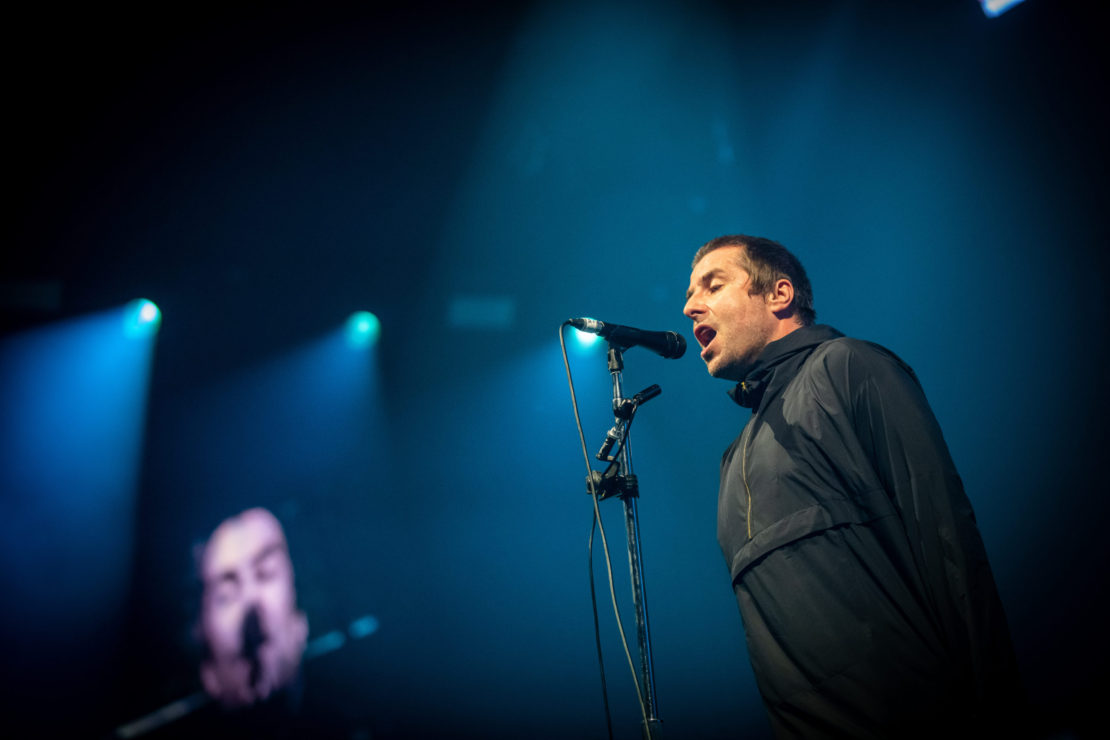 Never before has one tambourine sent so many beers into the air. The bucket hats are out in force, and somewhere in the arena crowd a smoke flare has been set off. Liam Gallagher is in the building. The man needs no introduction, but if he did, Oasis’ Rock N’ Roll Star would be a good opening statement. Liam swaggers on to the stage like a man walking into a pub full of his best mates and gets right to it, sneering into the mic with that hands-behind-the-back lean he has made his own.

Tracks from newest solo album Why Me? Why Not are splurged early. Standout single Shockwave has the whole arena jumping with excitement, but it’s clear that a lot of fans have chosen this as a worthy substitute for an Oasis concert. Liam’s more than happy to accommodate, with around half the set dedicated to the band’s back catalogue.

His rasping vocals are more solid than ever on tracks like Stand By Me and the melodic Morning Glory – if only the same was true for the Motorpoint’s muddy soundsystem. Original Oasis guitarist Paul ‘Bonehead’ Arthurs provides nimble guitar riffs and nostalgia aplenty. We’re even treated to a Gallagher family collaboration – no, not that one, but Liam’s son Gene making a brief appearance on drums.

Along with the classics, there’s a few surprise tunes too. The rarely-played Gas Panic! pops up towards the end of the night to much applause. Acquiesce, the rousing fan favourite Oasis duet last performed live over a decade ago, is dusted off for an electrifying encore. The crowd roar the chorus in Noel’s absence, transforming the room’s biggest elephant into an uplifting back-and-forth singalong.