Whoever decided it was a good idea to put James Blake in Radio 1’s Sound Of 2011 list must have really hated him. His last Cardiff appearance (a DJ set) was testament to this: a crowd full of slightly bemused punters wondering when the Next Big Thing was going to play Something They Knew. Unsuspecting album buyers must have felt even more confused – instead of a bundle of lopsided future-garage bangers filled with mangled r’n’b samples, he presented a beautifully understated collection of personal and contemplative songs, led by his own vocodered falsetto. It’s more Jeff Buckley than Joker, and all the more intriguing for it.

The audience at The Globe seemed to know what to expect though, even giving an enthusiastic reception to support act Cloud Boat who laboured through an uninspiring set of unremarkable elevator music with some bolt on two-step beats. But James Blake – accompanied by drummer and guitarist – was nothing short of astounding. A virtuoso Jedi Knight of electronic soul, he whispered, crooned, and mumbled his way through an hour of perfectly pitched but pretty much unclassifiable piano-led sound bubbles.

New single Lindisfarne managed to hush the crowd just long enough to let its pregnant pauses weave their magic, the epic CMYK got a refreshing new coat of paint with live percussion, and Feist cover Limit To Your Love got the biggest cheer of the night. But set closer The Wilhelm Scream was the sucker punch: melancholy melodies layered over rushing synths and the echo of a long-lost beat, strange and beautiful music of the highest calibre.

There is no-one else making music like this at the moment. For that reason alone, James Blake deserves respect – but the elegant way he pulls it off is the icing on the cake. It’s the sound of 2011 alright, no matter how much Radio 1 try to sabotage it. 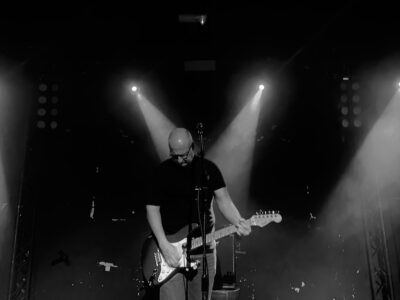 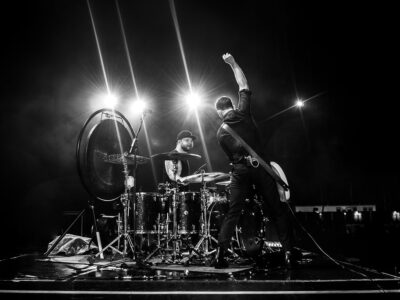 “The band has gone through a lot together” – ROYAL BLOOD drummer Ben Thatcher reflects on chart triumphs, ‘fresh start’ 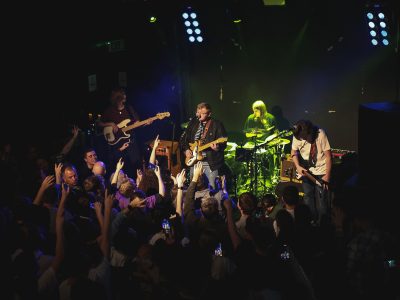 Band of the moment THE LATHUMS conjure festival feels in Cardiff