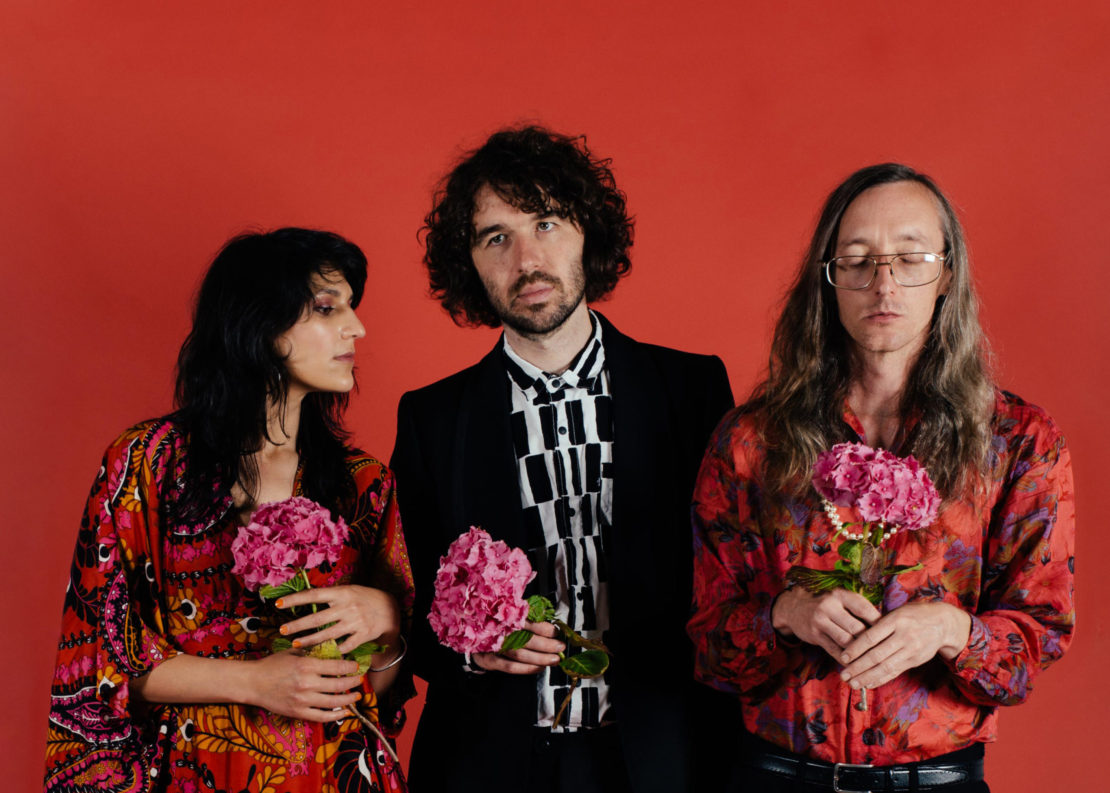 Some big hitting openers on Saturday for Islet’s new album launch. Melin Melyn are the flat, heavy end of the wedge in this Cool Cymru revival: surf-country guitar tone, fun, silly lyrics that flit between English and Welsh, and a proper goofy sense of humour. There isn’t a soul on this Earth who could admonish a man in a bright yellow suit, especially if part-way through you had to pause while he made a brief saxophone break.

Despicable Zee was singled-out by Islet’s Emma Daman Thomas when Buzz interviewed her recently. In a live style that’s pretty popular in electronica but which has yielded striking results, Oxfordshire-based Zee takes ambient samples (including some particularly haunting Persian stuff) and, standing solitary on the stage, brings in live drums and vocals in an emotional encounter that won the crowd over immediately.

Islet themselves emerged suddenly from behind us in a flurry of twirling, flowing hair and floaty chimes, like the sleepy onset of some druidic invasion. In a trance of their own creation, the trio moseyed about their stage; gyrated on their amps, in the crowd; praised the sun by the drums. Husband and wife team Mark and Emma, along with enigmatic bassist Alex Williams, have been recording the band’s first album in four years up in the Black Mountains, engulfed in caring for a new child and the thousands of years of human history stained into the rock.

As Emma explained last month: “In these times of fragmentation, division and suspicion I find it comforting to think of how many human eyes of all kinds have looked out across the same hills. It’s a welcome reminder of the insignificance of the tiny blip of time that is currently ours.” Islet keep their eyes shut while they play swaying and gyrating, and when the lyrical matter sweeps between race, abortion rights and hedging, it’s easy to imagine them lost up there in the black hills watching the ages ebb, bit by bit; part band, part meditation tape.