Austerity is over, Theresa May declared confidently at October’s Tory Party conference. Tell that to those featured in a new book edited by Paul Sng and published by progressively oriented Bristol-based publisher Policy Press. Not for nothing is the volume entitled Invisible Britain.

The inspiration behind the book was the tour documentary Sleaford Mods: Invisible Britain, shot in the run-up to the 2015 General Election, so it’s only natural that the book launch at Chapter should incorporate a screening of the film. Despite being Sng’s debut as a filmmaker – in the Q&A afterwards he confesses that it was made with a mixture of “courage and ignorance” – the documentary is an accomplished piece of work, deftly interweaving live footage of the Nottingham duo at their minimalist, wired, furious best with segments that illuminate the social, political and economic difficulties facing the places that the tour visits.

Implicitly endorsing the view of many of the fans interviewed, Sng’s film suggests that Sleaford Mods’ appeal lies in the fact that vocalist Jason Williamson is a mouthpiece for working-class frustrations and anger. But in an interview with the Guardian’s Bernadette McNulty last year, Williamson scoffed at this idea: “Just because I was working nine to five, predominantly unskilled jobs, doesn’t mean I was working-class. I grew up in a working-class area and it was shit. I just wanted to get out.”

In the book, Sng swerves this thorny issue by not only including portraits of Britain’s often invisible inhabitants but also giving them the opportunity to speak for themselves, to tell their own stories without the aid of a spokesman. Individuals rather than mere statistics, who have been repeatedly kicked while they’re down, forced to endure political disenfranchisement and neglect, crippling impoverishment, and humiliation and injustice at the hands of bureaucratic state institutions.

In its sympathetic photographic depiction of marginalised people and communities, Invisible Britain echoes the work of the Amber Collective in the north east of England and, closer to home, Ffotogallery’s Valleys Project, for which a number of photographers including David Bailey captured the area as it experienced deindustrialisation and decline in the wake of the Miners’ Strike. Indeed, the book includes a foreword by Welshman Michael Sheen and the work of a trio of Welsh photographers. Jon Poutney, Dan Wood and Rebecca Thomas join Sng on stage for the Q&A, explaining how they came to be involved in the project and their long-standing relationships with their subjects.

Sng remains proud of the documentary, but regrets that it’s so polemical, “a punch in the face when it should have just been a slap”, because that lack of nuance leaves it at risk of preaching merely to the converted. This is something he’s rectified for the book. In this respect, the subtitle – Portraits Of Hope And Resilience – is crucial. Those whose images and tales are featured are not merely passive victims of the camera’s lens or their personal circumstances, not merely stoic or filled with impotent rage; on the contrary, they have agency, determination, resourcefulness, strength. Together, the individual voices form a choir that even the deaf should find hard to ignore. 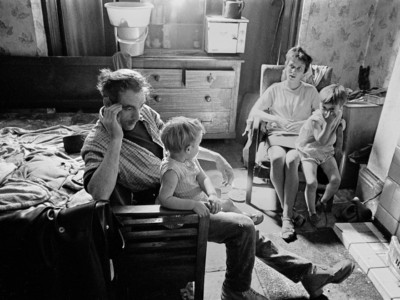 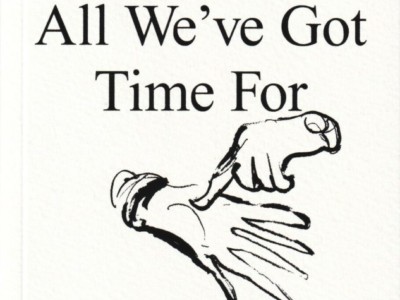 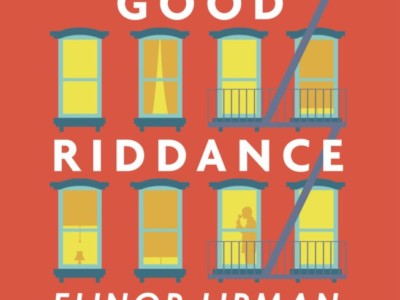