As much as I love a good, down and dirty, grease-laden Chinese takeaway, nothing I’ve previously encountered really holds a candle to Hokkei. Firstly, it’s owned by two Masterchef finalists, Larkin Cen and Dale Williams. They’ve joined forces to create a Chinese takeaway using ethically-sourced, high quality ingredients, and creating original, delicious dishes in the process.

As we arrived at Hokkei we were met with friendly faces and a cup of green tea while we waited. The menu is largely split into dim sum and mains; you can buy these separately or opt for a Hokkei Box (£12.95-£14.95), to include your choice of one main, one side (mainly noodles and rice), one dim sum and one extra. These boxes are designed to serve one person but are very generous.

Having sampled a few meals on the menu, it’s evident that Hokkei’s chefs know how to cook meat. Every single dish was tender and cooked to perfection. We started with flavoursome salt and pepper squid: a little too salty on its own, but perfect covered in the rice vinegar and sichuan pepper dip. Next was the tangy lemon and blackened corn chicken, followed by roasted char siu – slices of pork served with a sweet sauce, pak choi and a sprinkle of wasabi seeds for a nice kick.

The highlight, though, was the ribs. I’m not usually a big fan of ribs but they were smothered in a finger lickingly tasty sauce and the meat just fell off the bone.
Hokkei will be changing their menu regularly, to adapt to seasonal produce and to showcase their kitchen-bound creativity. All the better for when I inevitably return to this fine establishment. 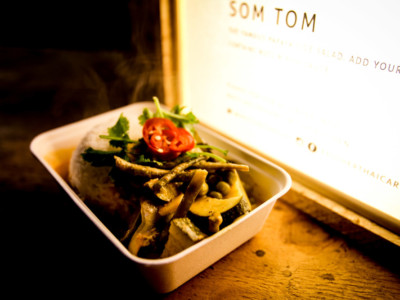 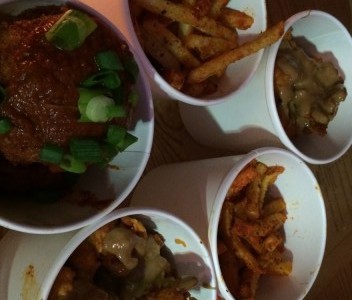 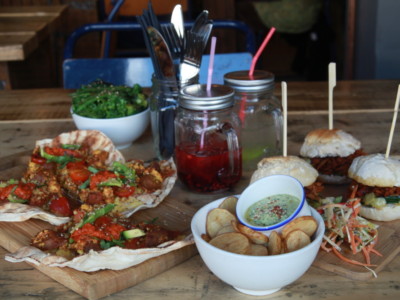