You are here: Home / Culture / Music / HALESTORM / IN THIS MOMENT | LIVE REVIEW

HALESTORM / IN THIS MOMENT | LIVE REVIEW 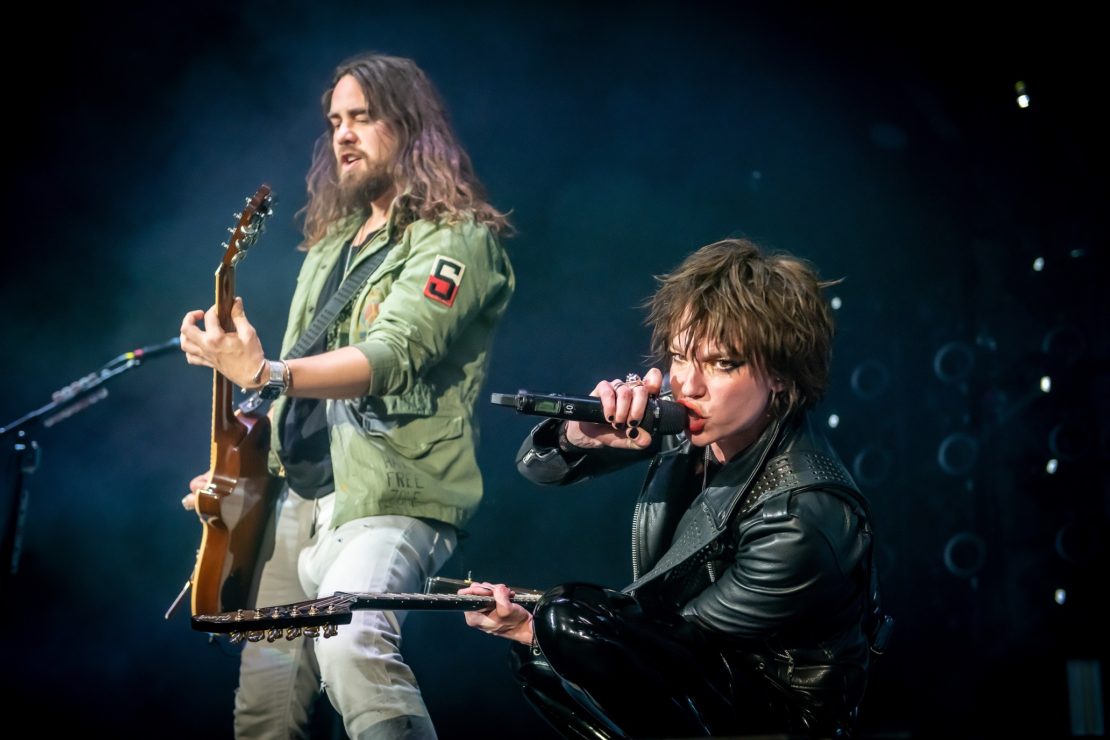 HALESTORM / IN THIS MOMENT | LIVE REVIEW

Is anyone else tired of behemoth rock and metal acts trotting around the world, preaching to choirs of fishnet-sporting fans about “freak power” and not fitting in? This triple threat lineup of powerhouse US outfits each interjected variations on “it’s OK to be a loser” between songs, but to these jaded eyes, standing in front of a 5,000-strong screaming crowd is the very definition of epic winning. Frontwomen Ashley Costello, Maria Brink and Lzzy Hale might pitch themselves as black-clad, snarling voices of the underdogs, but losers they are not.

The fact that this is about the only valid criticism of these heavier-than-heavyweights proves the point entirely. Each band on the bill has been relentlessly truckin’ on and touring for over a decade, amassing cult-like followings and, in the case of headliners Halestorm [above], a Grammy award for their efforts. The ardour all receive from fans and critics alike is well-deserved.

Doomy Los Angeles metal thrashers New Year’s Day deliver a relentlessly crushing set, lightened by Costello’s knowing, winking wisecracks and dragged down only slightly by a muddled rehash of a Pantera classic. Even such strong openers, however, were fated to fade in comparison to the two main events. In This Moment [below], a band once notable for the hypersexualisation of leading lady Brink, have developed an otherworldly pagan aesthetic to match their anthemic goth-metal and turned the theatrics up to 11. 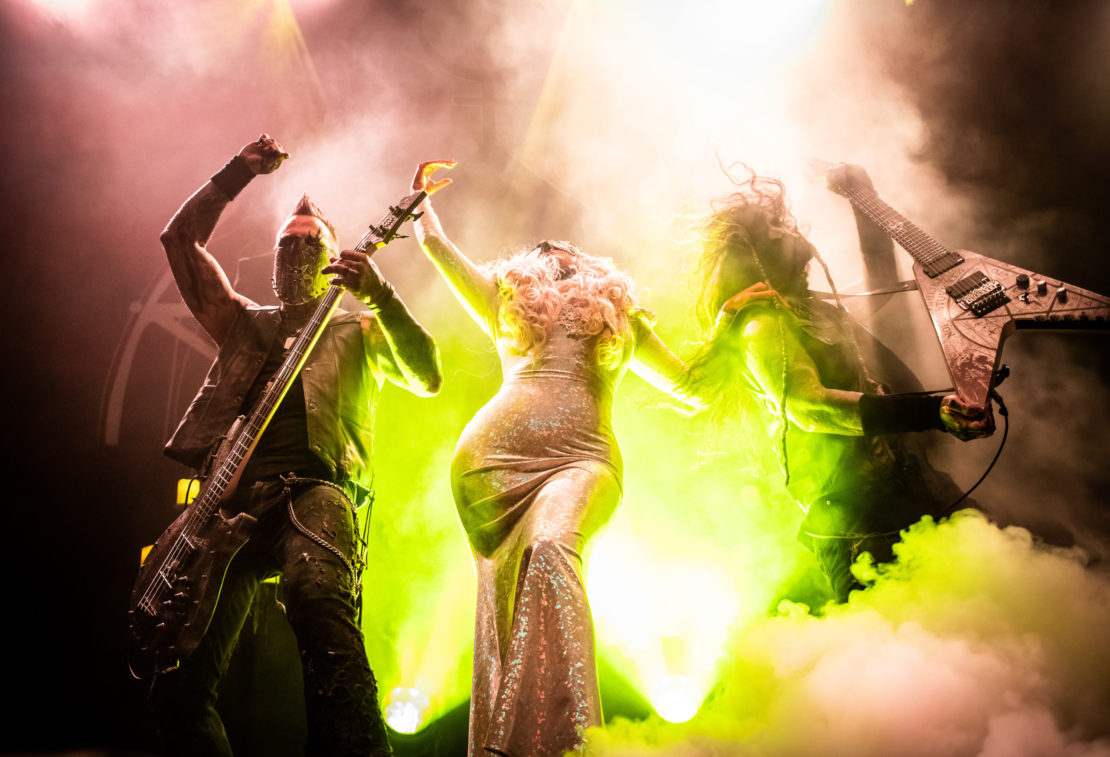 It’s Brink’s show, for sure, as her gnarly masked bandmates stick mainly to the shadows and provide a grinding backtrack for the grand witch’s distinctive husky vocals and powerhouse screams. Alighting from a throne in whipping white robes, platinum locks and a crown, Brink beguiles her way through fan favourites Adrenalize and Legacy, accompanied by a posse of creepy AF dancing nuns. Five or six costume changes later, she’s back dressed as a lupine nightmare for set highlight Big Bad Wolf before taking to a lectern in a dunce’s hat to belt out Whore, the band’s biggest hit yet. Someone get these guys an arena-level touring budget, stat – the potential for a Rammstein-rivalling spectacle is latent.

It was hard to see how Halestorm could outshine the lunacy that preceded them, but sure enough, the old tried-and-tested combination of raw charisma, a stellar lightshow and unnaturally prodigious talent drew the focus firmly back to the Pennsylvania four-piece. No hyperbole is needed to describe a Halestorm gig. Jaws literally dropped when Lzzy Hale effortlessly switched from hitting her infamous high notes to a 20 second guttural roar, the crowd sang masochistic anthem Vicious back almost as loud as the band themselves, and drummer Arejay’s extended drum solo – played in part with drumsticks the size of walking canes – was more of a thrill than riding Megafobia drunk in the rain.

Halestorm’s catalogue of hits is now too big for one show to contain, as evidenced by an encore almost as long as the main set itself, which nobody minded. The band may have made their name with outsider-baiting bangers such as Freak Like Me, but clearly that term no longer applies to the current reigning queens and kings of face-mashing hard rock.