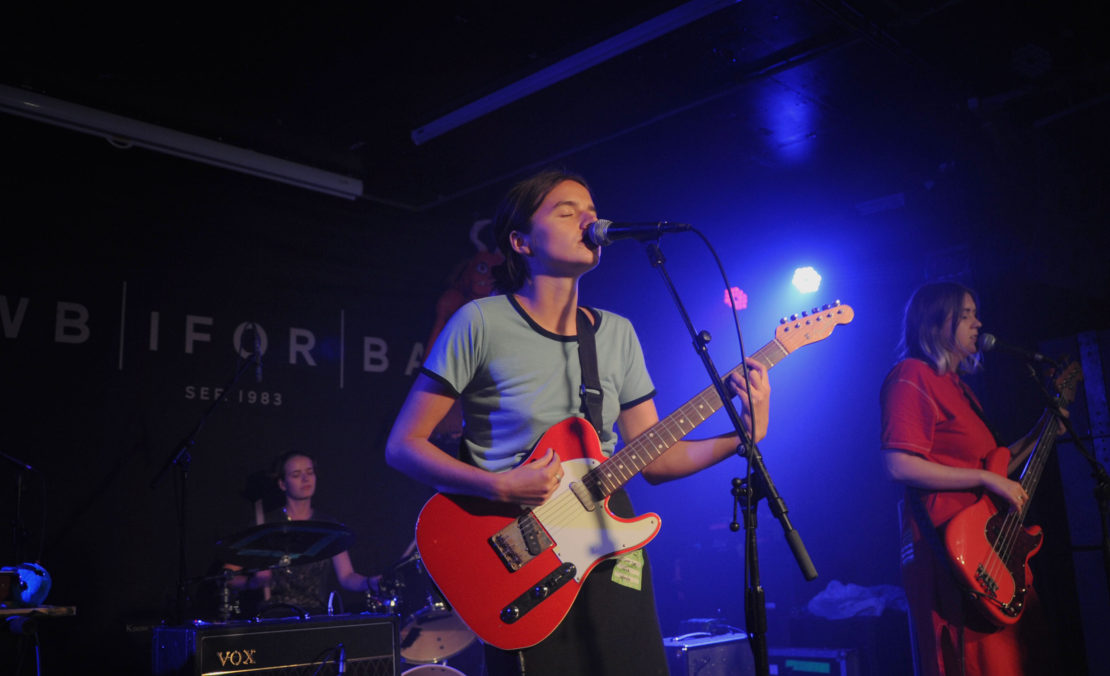 Returning to Cardiff after a well-received set at Sŵn Festival back in September, scuzzy Brixton post-punkers Goat Girl drew in an expectant crowd to the top floor of Clwb Ifor Bach. Despite hosting two support acts, the room filled up pretty quickly during the opening set from Teddy Hunter, a sound artist and the woman behind Cardiff’s Electric Soup electronic music nights.

Performing with a band for the first time, Hunter oozed a quiet confidence from the first song, clearly enjoying the quality of the musicianship around her. With an allstar lineup from some of Cardiff’s best bands, including CVC and Boy Azooga, this band lifted her talent to a whole new level, with outstanding lead guitar playing providing more interest to her atmospheric sound. If she can keep hold of these band members, she’ll definitely be one to watch out for.

Pet Grotesque followed up with his chilled, soul-influenced synthpop from south-east London. Playing his music through a laptop, he made some attempt to keep things interesting on stage, including charismatic arm movements and singing in a light falsetto that was technically quite impressive but suffered a few tuning issues. After a lukewarm reception, his music livened up towards the end of the set and inspired some dancing at the front.

Goat Girl’s set went the other way. From the opener, due to their six-person band, they sounded identical to the record, and reeled off politically-infused songs about London from their last two years at Rough Trade Records, which saw the release of their eponymous debut album in April 2018 and an appearance on Jools Holland. With much of the crowd clearly already familiar with many of their songs, by the time they reached The Man, a fair amount of gentle moshing at the front had turned into a sea of raised arms and voices singing along.

For some reason, however, they failed to finish with an obvious song choice, ending with an anti-climax. Hopes that they might come back on for an encore with a single or album favourite they perhaps hadn’t played yet were quickly dashed with the realisation that this was a Wednesday night gig. The lights came back on and the audience left with a sense of wanting a little bit more. 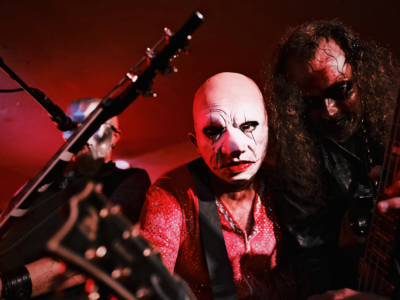