Everwake bridges the gap between merely seeing action on stage or in a film or game, and being part of this action. Brought to Chapter Arts Centre by Cardiff-based innovators playARK , it is a curious combination of theatre, storytelling and orienteering around Canton which makes for an interactive narrative experience quite unlike anything else.

The game hangs loosely around the story of Tom, who can see departed souls stuck in limbo – the realm between reality and the afterlife. After entering the briefing for the game, the audience were also able to see the 12 spirits around Canton, and they were given the task of finding as many of them as possible while avoiding the evil ‘shadows’, who would try and kill the players. Thankfully, killing only meant being given a red armband.

Once the characters had been found, a theatrical scene was played out, with the grizzly attired actors mourning their untimely deaths. Though not limited to the confines of a theatre, it was hard to get distracted and not feel wrapped up because of the conviction of the acting. It was never simply a monologue revealing how they had died but an account audiences had to pay attention to in order to glean the details of their death. Rather than go for cheap scares with make-up or over-exuberant acting, when the penny finally dropped as to how these characters died it really was chilling and sobering.

The other part of the game, running between place to place and away from shadows (men dressed in black hoodies) was just as intense and definitely got the adrenaline pumping. It might sound hard to take this seriously in the bright sunlight at six o’clock on a Friday evening, but thankfully Everwake doesn’t take this element too seriously. Taken for what it is, Everwake is the chance to test the limits of theatre, to see some exquisite performances, and have a lot of fun while remembering what it’s like to play tag a as a kid. With the right frame of mind Everwake is a unique and rewarding experience. 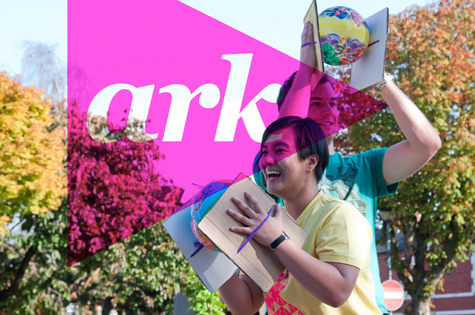