You are here: Home / Culture / The year in review: from COURTNEY BARNETT to TORI AMOS, our best albums of 2021

The year in review: from COURTNEY BARNETT to TORI AMOS, our best albums of 2021

With Spotify Wrapped doing all the hard for us these days, are these kinds of Best Ofs at the end of year for music even still relevant? The answer to that probably depends on how highly you hold your own taste – and your own skills at discovering new artists, fresh tracks and the somehow not completely defunct medium that is the album. Even an all-encompassing algorithm tailored to matching you with all those things isn’t perfect, however, so perhaps you’ll consider this list as a guide to the ones that might have got away.

Including picks from Buzz contributors John-Paul Davies, Lynda Nash, Izzy Thomas, Sam Easterbrook, David Nobakht and Chris Andrews, as well as our own bastion of good taste Noel Gardner, here are the best albums we listened to, rated and listened to again in 2021, from artists both well-established and still well under the radar.

Love Will Be Reborn, Martha Wainwright

On hearing opener Middle Of The Lake, written shortly after Martha Wainwright’s 2018 divorce, the passion is no surprise. What is more startling is how engaging and completely irresistible Martha is on all 11 of the original songs on this – her seventh album and first in five years.

Impossible to not enjoy, on all and every level.

Featuring songs by Welsh composers of the 20th and 21st centuries, Taliesin’s Songbook has been curated and created by pianist Andrew Matthews-Owen, who brought many vocal luminaries of the Welsh classical world to Cardiff’s Tŷ Cerdd to record over the last year – an accomplishment in itself.

This collection is designed to keep the exceptional tradition of Welsh composition alive in its home nation and to spread the word of its successes around the world. Based on the level of performance and standard of writing on these 22 pieces, the task will be easily met.

I Would Not Live Always, John Francis Flynn

Dublin folk singer John Francis Flynn is a first-rate musician, delivering his takes on traditional material without adornment and letting his powerful performances carry the weight. I Would Not Live Always, his debut album, is not one for the faint-hearted folkie: Flynn’s baritone is a traditional, vibrato-free, thick sound that fans of modern alt-folk may struggle with. But the meaning such a pure voice gives to the words of these yearning ballads, surpasses all thoughts of style.

I Be Trying, Cedric Burnside

You can tell the real thing when you hear it and Cedric Burnside, standard-bearer for Mississippi hill country blues, is the real thing.

The band leader earned his apprenticeship at the feet of his grandfather, the legendary RL Burnside, once the foremost exponent of hill country blues – a style of southern black music that determinedly avoids the cliches of standard blues progressions and hooks in favour of rhythmic interest and unadorned expression. In the hands of Cedric Burnside, the legacy is not just safe but growing and developing with urgency and relevance.

There are no surprises in the quality on display in Goitse A Thaisce, an excellent new compilation of traditional Irish music. From the blistering opening instrumental, Martin Wynn’s / The Longford Tinker by The Bothy Band to The Dubliners’ classic closer The Parting Glass the standard doesn’t drop. But a surprise may come in knowing that the curator behind this collection, Tom Coll, is the drummer of post-punk outfit Fontaines D.C.

Perfect as an introduction to traditional Irish music, this will also open ears, new and old, to both classic artists and those they have inspired.

II – Those We Don’t Speak Of, Auri

Nightwish veterans, keyboardist Tuomas Holopainen and guitarist Troy Donockley, show their gentler sides in the second album from their side project, Arui.

The Finnish three-piece are accomplished musicians and there’s not a note out of place or a jarring lyric here. Those We Don’t Speak Of does not give up all its secrets at once and deserves further listenings. At just under an hour-long, it still feels too short – mainly because I didn’t want the album to end.

In this “space-inspired concept album”, world-renowned vocal ensemble Voces8 set out to take the listener on a meditative journey beyond our planetary existences, transcending genre boundaries with arrangements of tracks by electronic artists Jon Hopkins and A Winged Victory For The Sullen, alongside world premieres by a number of classical, video game and film composers.

Voces8 will often include luscious arrangements of pop songs – easy crowd-pleasers – in their albums. Infinity doesn’t do that: instead, we are treated to a choral concept album, a distinctly non-sci-fi, ethereal meditation on the mystery of space.

Left to her own devices, with her producer partner (nicknamed Mac Aladdin), atop the coastal cliffs of Cornwall, Tori Amos has brought forth another album of songs, Ocean to Ocean, which is as fresh as the morning sea spray.

The Kate Bush comparisons will always be there: the subtle chord shifts that never go where expected, the sudden jumps in vocal register. But there is a deeper groove to Amos’ work, something more rhythmic that comes from her fantastic piano playing.

Venezuelan DJ Trujillo has dug deep to unearth some seriously smooth Iberian bangers for Ritmo Fantasia – and has come up with some absolute gems in the process.

This compilation’s focus on the forgotten sounds of a country that’s rarely in the pop vanguard feels like a companion piece to the Pacific Breeze compilations, which captured the online resurgence and revaluation of Japanese City Pop. Ritmo Fantasía is just as vital as those releases.

Dave Gahan & Rich ‘Soulsavers’ Machin (better known as just Dave Gahan & Soulsavers) recorded Imposter in 2019 at producer Rick Rubin’s paradisal Malibu recording studio Shangri-La. Afflicted by burnout after a long tour with Depeche Mode, making a covers album was a way for Gahan to dip a toe back in the water.

As a whole, Dave Gahan & Soulsavers‘ Imposter works incredibly well as a complete piece of work, taking the listener on a journey from sin to guilt to redemption with each track brimming with heart and soul.

If you’ve ever marvelled at footage of Prince’s guitar pyrotechnics on My Guitar Gently Weeps, you’ll once again need to return your slack jaw back into position after hearing the sounds that Mdou Moctar coaxes from his instrument, as this is Tuareg desert blues turned all the way up to 11, led by a man who once starred in a remake of Purple Rain.

The title track emphasises how colonialism has corrupted and oppressed West Africa, with an African pop feel before picking up the pace, the righteous anger spilling forth in white-hot guitar lightning and thundercracks of synthetic drums. The closing Bismilahi Atagah is a beautiful ending to the journey: a song of religious devotion, and essential music in any language.

Wry lyricism and witty couplets, all delivered in Courtney Barnett’s droll style, are present and correct on Things Take Time, Take Time – although the sonic palette is more adventurous on this cracker of a third album.

Best of all on Things Take Time, Take Time is the superb Write A List Of Things To Look Forward To, which combines the punch the air euphoria of War on Drugs and the heartwarming charm of C87, with acoustic guitar intertwining with uplifting Marr-sian melodies. This is a tweak to the Courtney Barnett formula to heal any union.

-io, from Circuit Des Yeux, is pretty spectacular in a way that feels built to last: emotionally strafing, with its umbrella themes of PTSD and grief, and grand in its instrumental scope.

The sort of album that feels near-impossible on latter-day indie budgets, complicated further in this case by hired musicians not being permitted to all be in the same room, -io renders it feasible as slashing orchestral parts back up Fohr’s remarkable, bassy voice.

There’s a varied palette in play across these 13 tracks from Jorja Chalmers, in fact: ranging from chamber jazz-ish instrumentals to 80s pop with booming gated drums to exquisite, drifting, ambient things with the texture of late Talk Talk to downtempo electropop that may chime with fans of, say, Marie Davidson to a Doors cover (I was dubious too, but a creditable Riders On The Storm results).

Not at all ‘difficult’ or commercial, in the pejorative sense of either, Midnight Train showcases a pop impresario in waiting, and will make you feel more sophisticated than you actually are while you listen to it.

(Italians Do It Better) 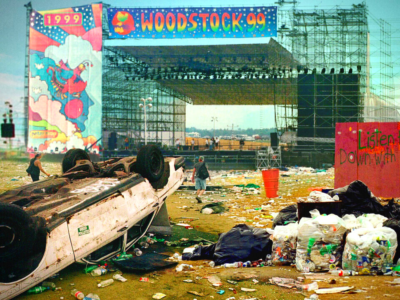 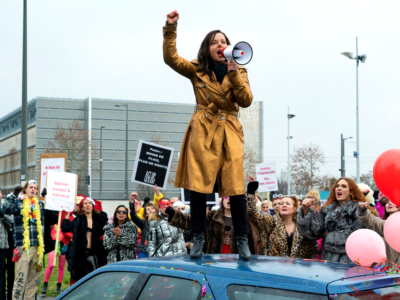