You are here: Home / Culture / Dance / AS A TIGER IN THE JUNGLE | STAGE REVIEW

AS A TIGER IN THE JUNGLE | STAGE REVIEW 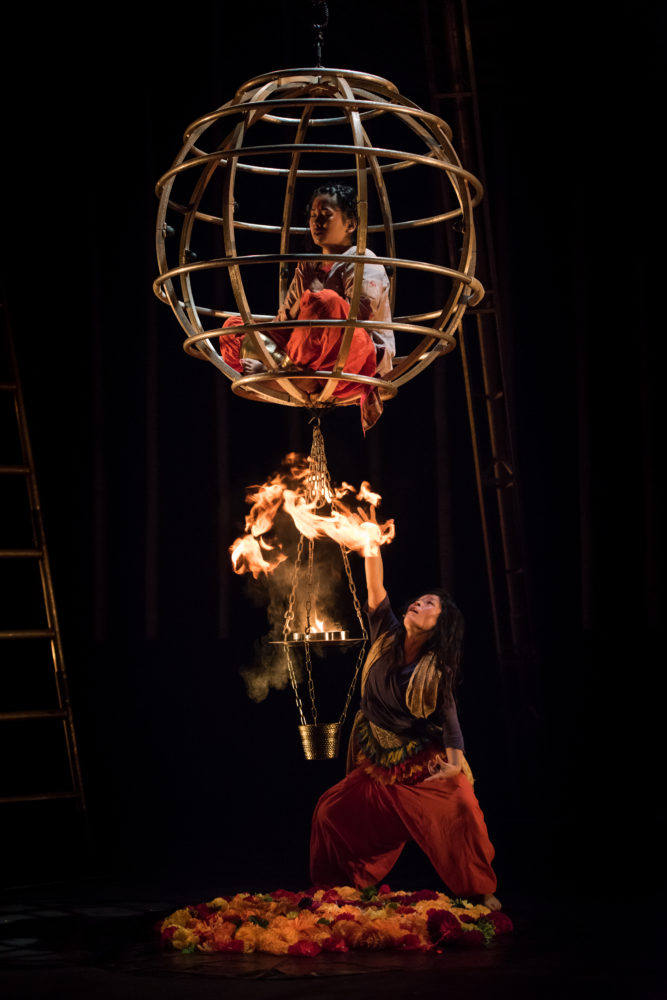 As A Tiger In The Jungle

Thurs 2 May, The Riverfront, Newport

Suspended in a cage shrouded in darkness, a female figure sits, poised, Buddha-like. All seems well. Serene even. Until suddenly, she attempts to escape. Flexibly limbed, she’s like a spider trapped in its web. Her home, and yet a prison also. After several failed attempts – she’s free. But does she flee? No. She dances.

As A Tiger In The Jungle is a show of contradictions. Of enslavement and abuse. Of creative expression and motherly love. Of abandonment and children forced to perform unusual acts. But no, this isn’t set in a Vietnamese prisoner of war camp or a brutally-run children’s home. Strangely, this is the circus! The Indian circus.

A joint collaboration by artistic directors from both NoFitState and Cirkus Xanti, As A Tiger tells the true heart-breaking story of two Nepalese children, Renu and Aman who, after being sold by their parents, were trafficked across the border into an Indian circus. Hungry, regularly beaten and forced to work, they were eventually rescued, going on to hone their incredible skills as respected members of Circus Kathmandu where Ali Williams of No Fit State came across them. Not solely about their own sufferings, the show attempts to bring to light the plight of thousands of circus-trafficked children all across India as it works alongside ChoraChori Nepal, a charity dedicated to the rescue of children trafficked into labour.

Harnessing the circus skill talents of Renu Ghalan Tamang, Aman Tamang and Catriona James, the partnering of Norwegian writer and director Sverre Waage and Ali Williams as producer, alongside a host of others, the show works its magic, bringing the subject to life with subtlety, style and grace. Furthermore, the music of Per Zanussi elevates the whole thing to another level with his exotic original score.

A performance of multiple layers, the show’s rich with symbolism, forcing its audience to think for itself rather than spill the whole pot of mung beans via sentimentality or sensationalism. Addressing complex, contradictory conditions such as institutionalism, attachment, PTSD and Stockholm Syndrome, a light touch is applied, treating the subject with a great deal of restraint. For example, the tiger of the title is symbolic of the traffickers, whilst the aerial hoop on which the siblings Renu and Aman perform can ostensibly be said to represent the children’s complex connection to the mother who abandoned them.

Without doubt, the performances are exceptional, with incredible writing and storytelling to boot. Furthermore, there are some stand out scenes – namely that of the ‘tiger dragon’ section and the dark, obscure enactment of what seems to be the exorcising of the personal demons linked to Renu’s trafficking. At a total run time of only 45 minutes, however, the enchanting spell of the performances are not given quite enough time to take effect, whilst the play’s message will likely be far too nebulous for some to understand, leaving more questions than answers. In short, whilst As A Tiger In The Jungle is perfect in many ways, it doesn’t wander deep or long enough into that dark wood.

As A Tiger In The Jungle tours the UK until 30 Jun. More info and dates here

Tag: As a Tiger in the Jungle, Circus, Dance, Nepal, Riverfront, stage, Theatre 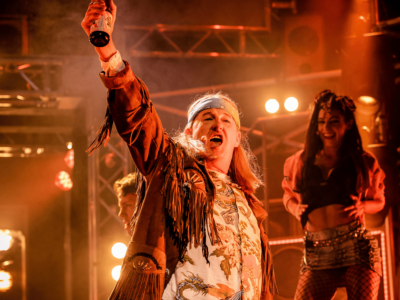 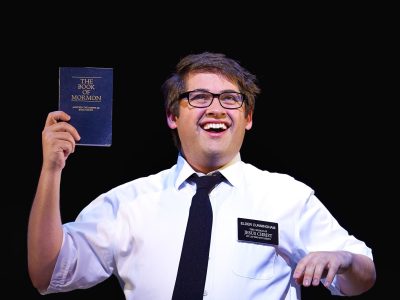